The health ministry said total deaths were now 12,418, the highest in the world after Italy. 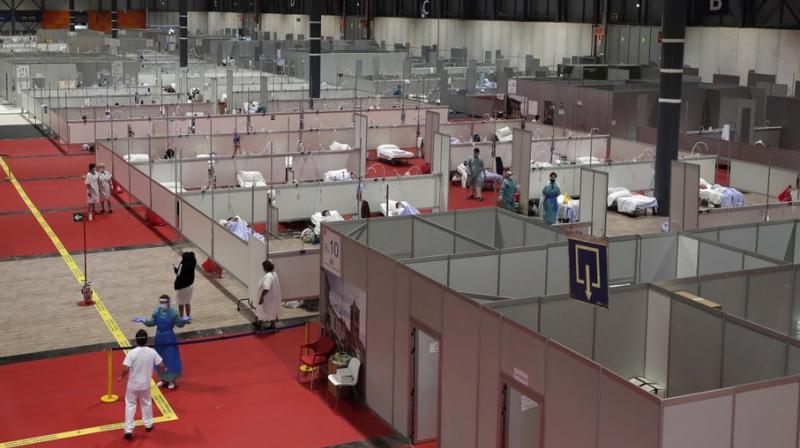 MADRID: Spain saw its third consecutive daily decline in the number of people dying from the coronavirus pandemic as the country recorded another 674 fatalities on Sunday.

The health ministry said total deaths were now 12,418, the highest in the world after Italy, since the pandemic emerged in China in December. The 674 fatalities, which were sharply down on the record 950 recorded on April 2, represented an increase of 5.7 percent over the last 24 hours, compared to a 30 percent leap in one recent day.

The number of infections rose 4.8 percent to 130,759, indicating a slowdown in the spread from 8.2 percent on April 1 and 14 percent 10 days ago. The number of people declared to have recovered has increased by 11 percent, rising above 38,080.

The authorities say they believe they have stabilised the spread of the virus but have decided to extend until midnight April 25 a strict lockdown imposed on Spain's 46.6 million people since March 14.