‘Iceland is ranked as world's most gender equal country by the World Economic Forum.’ 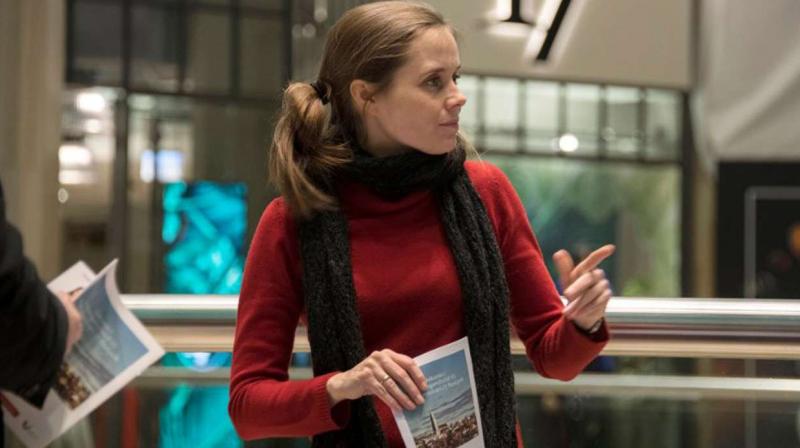 The move is part of a bid to eradicate the gender pay gap by 2022 in the Nordic nation where 38 per cent of parliamentarians are female - above the global average - including Prime Minister Katrin Jakobsdottir. (Photo: AFP)

London: Other countries should follow Iceland which has become the first country to make it illegal to pay men more than women, politicians and equal rights campaigners said on Wednesday.

Iceland has been widely praised for introducing legislation on January 1 that imposes fines on any company or government agency with over 25 staff without a government certificate demonstrating pay equality.

The move is part of a bid to eradicate the gender pay gap by 2022 in the Nordic nation where 38 per cent of parliamentarians are female - above the global average - including Prime Minister Katrin Jakobsdottir.

Equal rights researchers said they hoped Iceland's legislation would encourage others to follow suit in tackling the gender pay gap while also highlighting the need to address the lack of women politicians globally.

The World Economic Forum reported in 2017 reported an economic gap of 58 per cent between the sexes and forecast women would have to wait 217 years before they earn as much as men and have equal representation in the workplace.

This gap was highlighted amid growing concerns about the lack of female lawmakers globally as figures show only about one in four parliamentarians is a woman and fewer than one in five government ministers is female.

Data from the Inter-Parliamentary Union (IPU), the international organisation of parliaments, showed women held 23.6 percent of seats in 193 parliaments on September 2017.

"The new law by Iceland can help change attitudes to women in business as well as in politics, and inspire other countries to do the same," said Virginie Le Masson, a research fellow at the London-based Overseas Development Institute (ODI).

"Ample evidence shows that women work as much as men and are still paid less," she said.

US independent Bernie Sanders, a leading liberal voice in the Senate, called on the United States to follow Iceland's example.

"We must follow the example of our brothers and sisters in Iceland and demand equal pay for equal work now, regardless of gender, ethnicity, sexuality or nationality," he wrote on his Facebook page.

Iceland, with a population of about 335,000, ranked top of the World Economic Forum's Global Gender Gap Index in 2017 for the ninth consecutive year after closing more than 87 per cent of its gender gap and top performer on political empowerment.