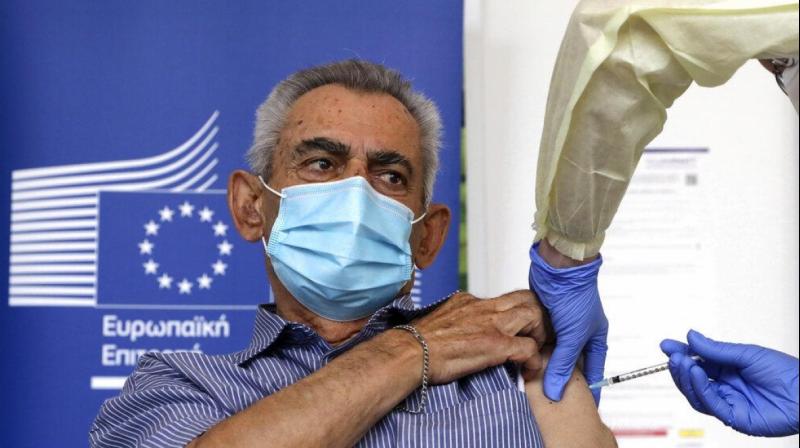 Andreas Raounas, 84, the first patient in Island receives from a nurse the vaccine of Pfizer BioNtech against the COVID-19, at a care home in Nicosia, Cyprus. (Photo: AP/File)

Nicosia: Cyprus has confirmed that two samples of the COVID-19 variant first detected in India have been found among the population.

The Cypriot Health Ministry says the variant was found in two of 170 samples taken from infected individuals living in Cyprus. The samples underwent testing at the European Center for Disease Prevention and Control.

Of the samples, 166 identified as the UK variant of the virus, while another two were the C.36 variant, which the Health Ministry says doesn't pose a concern. The samples were taken between April 30-May 21.

The Ministry says the possibility of new variants entering the country remains high, despite the strict measures at Cyprus' two international airports.