The meeting assumes more importance after Trump's pullout from the Paris accord giving a jolt to the fight against global climate change. 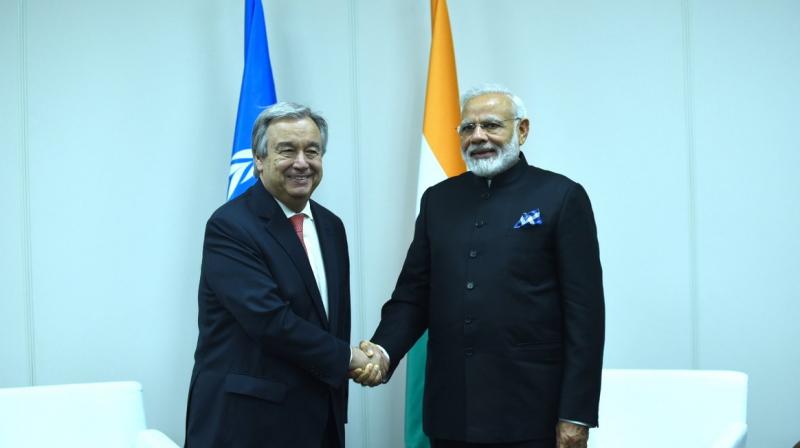 St. Petersburg: Prime Minister Narendra Modi on Friday met UN Secretary General Antonio Guterres in St. Petersburg on the sidelines of an economic summit and stressed on multilateralism to address global challenges such as terrorism.

The meeting also assumes significance as it comes in the wake of a major jolt to the global fight against climate change with US President Donald Trump announcing to withdraw America from the Paris Climate Accord.

"Had a very good meeting with @UN Secretary-General, Mr. @antonioguterres," Modi said in a tweet after the meeting.

Modi said he held wide-ranging talks with Erdenebat during their interaction on the sidelines of the SPIEF.

Earlier on Friday, Modi attended the SPIEF where he made a strong pitch to global businesses for investing in India, saying its market of 120 crore people provides vast opportunities from agriculture to defence, while being protected by political stability and a ‘vibrant’ judicial system.