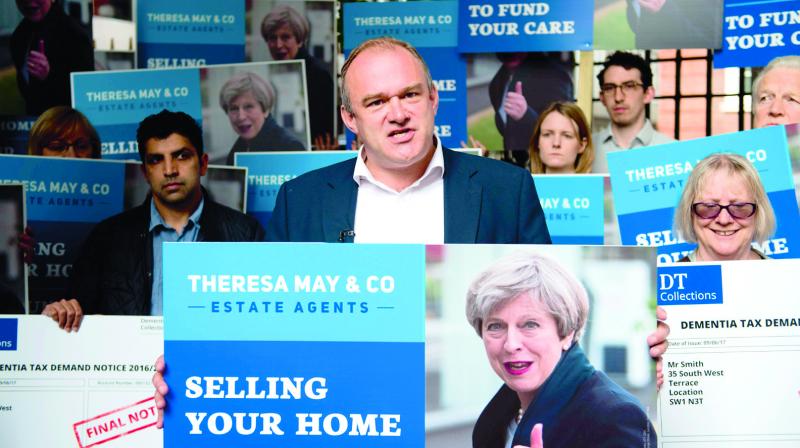 London: British finance minister Philip Hammond may be replaced by interior minister Amber Rudd if Prime Minister Theresa May wins a landslide victory in next week’s national election, The Telegraph reported on Friday as a new opinion poll showed that the Conservative Party’s lead over the opposition Labour has shrunk to five points from 15 just over two weeks ago.

Doubts about Mr Hammond’s future have mounted since he had to reverse plans to raise payroll taxes for self-employed workers just days after presenting his first annual Budget in March while Rudd has played a highly visible role in the election.

The Telegraph cited senior government sources as saying that Ms Rudd, a former investment banker and venture capitalist, had the qualities needed to run Britain’s finance ministry and that they could “see it happening”.

A spokesman for Ms May’s party said the report was “complete speculation — rather irrelevant speculation before an election”.

Mr Hammond has annoyed many Conser-vatives who favour a clean break with the EU by stressing the need for a Brexit deal that allows firms to keep hiring the migrant workers they need.

The opinion poll, from Ipsos MORI, is the latest to show a narrowing lead for May. With less than a week to go before the national election, the poll showed the Conservatives’ share of the vote had fallen to 45 per cent, down four percentage points since the previous poll published on May 18. A YouGov opinion poll on Wednesday showed the Conservatives’ lead had fallen to a fresh low of three points.