Reports of atrocities inflicted upon the minority community have surfaced despite the government's denial. 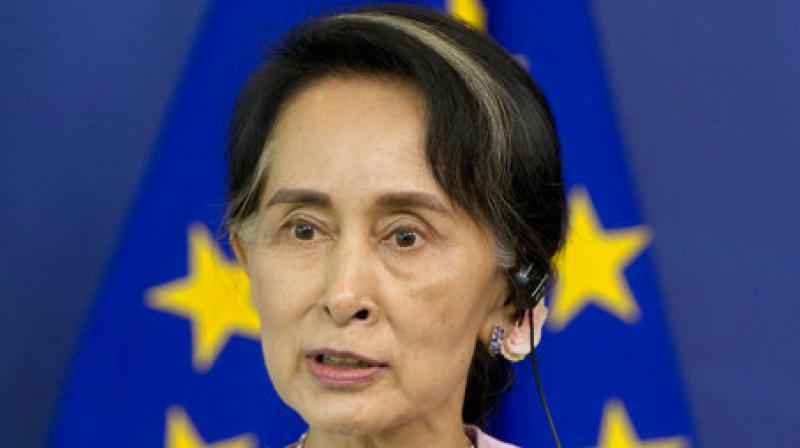 As reported by the Guardian, Rights group estimates that 75,000 Rohingya have fled to neighboring countries such as Bangladesh. (Photo: AP)

Although the UN body decided to dispatch an investigation to the South Asian country in March, the Nobel laureate, told a press conference on Tuesday in presence of EU diplomatic chief Federica Mogherini, "We do not agree with it. We have disassociated ourselves from the resolution because we do not think that the resolution is in keeping with what is actually happening on the ground," when asked about the probe by the Guardian.

Reports of atrocities inflicted upon the minority community have surfaced despite the government's denial. As reported by the Guardian, Rights group estimates that 75,000 Rohingya have fled to neighboring countries such as Bangladesh.

The retaliation by the security forces comes after militants killed nine policemen in October. Aung San Suu Kyi rejected suggestions that she or authorities were deliberately overlooking the sensitive situation. "I am not quite sure what you mean by saying that we have not been concerned at all with regards to the allegations of atrocities that have taken place in the Rakhine," she said. "We have been investigating them and have been taking action".