The Crimea crisis has given NATO a new sense of purpose, but alliance insists its new deterrents in the Baltics and Poland are defensive. 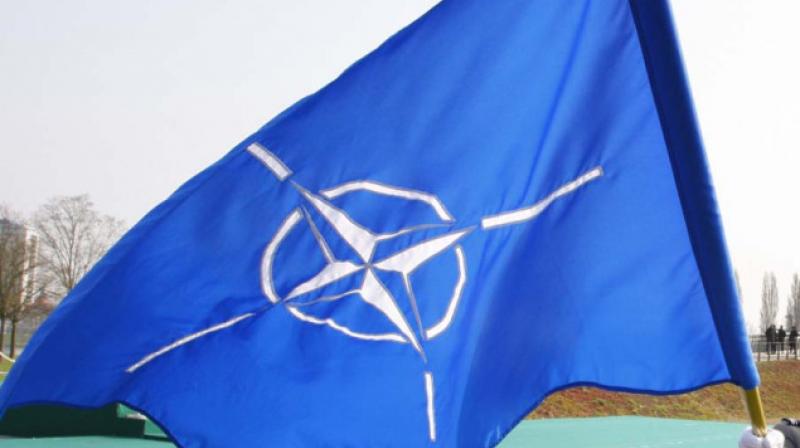 Brussels:  President Vladimir Putin's warnings to NATO allies are "unacceptable" and do not help efforts to calm tensions, the alliance said on Friday, a day after the Russian leader announced an array of new nuclear weapons.

Already angry at NATO's expansion eastwards into its old Soviet sphere of influence, Putin said in a speech on Thursday that any attack on Moscow's allies would be regarded as an attack on Russia itself and draw an immediate response.

While it was unclear which ally Putin had in mind, the US-led NATO said the speech, one of the Russian leader's most bellicose in years, did not help calm tensions that have surged since Russia seized Ukraine's Crimea four years ago.

The Crimea crisis has given NATO a new sense of purpose, but the alliance insists its new deterrents in the Baltics and Poland are defensive.

"We do not want a new Cold War or a new arms race," Lungescu said. "All allies support arms control agreements which build trust and confidence, for everyone's benefit."

One particular sore point for Moscow is NATO's US-built missile defence umbrella across Spain, Poland and Romania, which the alliance says is designed to shoot down Iranian rockets.

Putin, speaking ahead of an election on March 18 that polls indicate he should win easily, said in his speech that new Russian technology would render such defences "ineffective".

But NATO said it was Russia that has a "continued military build-up from the Barents Sea to the Mediterranean."

"As we have repeatedly made clear, the alliance's missile defence is neither designed nor directed against Russia. Our system defends against ballistic missiles from outside the Euro-Atlantic area," Lungescu said, in reference to the Middle East and further a field.

The NATO-Russia Council, which was briefly broken off in June 2014 after the Crimea crisis, is the forum in which Russian and NATO diplomats seek to air their grievances, although the West and Moscow remain at odds over eastern Ukraine.

More than 10,000 people have been killed in separatist fighting that NATO accuses Moscow of directly backing.

"NATO is pursuing a twin-track approach to Russia: strong deterrence and defence, combined with meaningful dialogue. We are committed to delivering on both tracks," Lungescu said.