EU-India relations have widened since BJP's rise to power in 2014: Henri Malosse

In terms of trade, India is a demanding partner, but much more attractive, responsible and sustainable in the long run than Communist China. 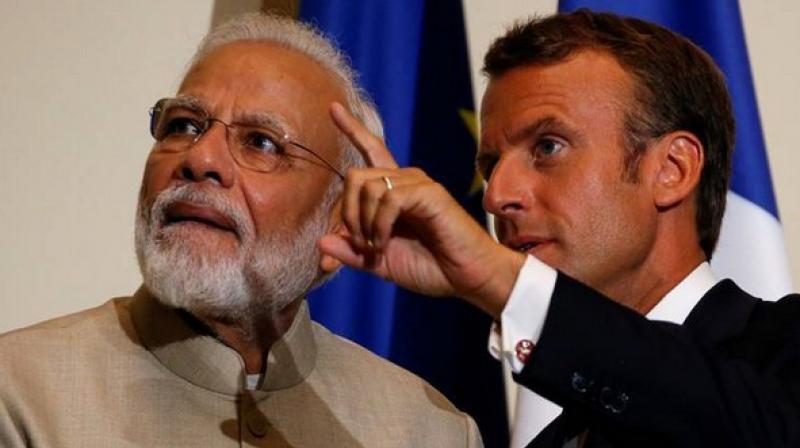 The relations between the European Union and India have widened further ever since Narendra Modi's has become the Prime Minister of the country in 2014, said Henri Malosse, former President of the European Economic and Social Committee. (Photo: ANI)

Brussels: The relations between the European Union and India have widened further ever since Narendra Modi's has become the Prime Minister of the country in 2014, said Henri Malosse, former President of the European Economic and Social Committee.

In an article in EP Today, Malosse said that relations between the Republic of India and the European Union (EU) have always been complicated. This is rather paradoxical, as there is every reason for these two major global democratic powers to work more closely together, especially since India has created an example of integration that could be used in Europe.

However, deep misconceptions which have formed between these two great powers, amplified when the United Kingdom (UK), the former colonial power known as the British Empire that ruled over India, joined the EU.

"The UK has been held responsible by many for India's partition in 1947 into India, West and East Pakistan, (now India, the Islamic Republic of Pakistan, and Bangladesh respectively). To add insult to injury, London and Brussels have always been seen to favour relations with Islamabad over Delhi," said Henri.

By 2013, the deadlock in negotiations over a bilateral Free Trade Agreement (FTA) between India and the EU was seen by European Commission technocrats as an unspeakable affront against Indians.

"It had been a long time since the days of Nehru and Indira Gandhi. India needs a strong, determined and visionary Prime Minister to lead the country. And with his landslide victory, it is evident that his people believe he is the person to take them to great heights," reads the article in EP Today.

Furthermore, Malosse said that Narendra Modi has also enjoyed great international acclaim as the BJP's leader, and as Indian Prime Minister, which is well-founded as the country's GDP is currently around USD 9.45 trillion. "India is the fastest-growing, trillion-dollar economy in the world and is poised to become the fifth-largest economy overtaking the United Kingdom and France by 2019, according to the International Monetary Fund (IMF) projection," he contended.

"Such integrity and stability should be lauded, and courted, by Brussels", said Henri in his article. He also highlighted the recent challenges which India has been facing, especially terrorism.

He said, "Faced with increasing jihadist terrorists and state-sponsored terrorism from its Pakistani neighbour in an attempt to destabilise not only India but also the South Asia region, the Indian Prime Minister is the victim of constant press campaigns and defamation that try to depict him as anti-Islamic."

"In actuality, he is concerned with protecting Hindus, Muslims and Christians living in his own country, and beyond, by controlling terrorism and access to resources and targets which the terrorists are identifying," he added

"Whilst some western press chooses to condemn the actions Prime Minister Modi has taken to protect his country in the recent Article 370 constitutional change regarding Kashmir, they should reflect on European leaders' recent approval of the Spanish government's decision to suspend Catalonia's autonomy, in a context much less dangerous than Modi's proposal," said Henri.

It is, in fact, Pakistan, a country which the EU has granted favoured trading partner status to, with its Generalised Scheme of Preferences (GSP) program, which the EU should have concerns about.

He said that among main issues that strengthen the partnership is the fight against radical Islamism, which threatens both Europe and India and whose bases (Pakistan, Afghanistan) are on the borders of India.

"The enhanced and concerted action by domestic and international intelligence services would better protect both European and Indian citizens where relations and information sharing is strengthened," said Henri in his article.

In terms of trade, India is a demanding partner, but much more attractive, responsible and sustainable in the long run than Communist China. India is the largest market in the world in terms of potential, and a technological giant (IT, Nuclear, Space, Healthcare, Environment).

"India has investment and entrepreneurial potential and they are ready to invest in Europe, without any hidden imperialist agendas. Likewise, the Indian market, which is growing at high speed, presents a valuable and viable option for Europe," he said.