Eligible religious organisations can apply for a range of security measures, such as CCTV cameras, and protective fencing. 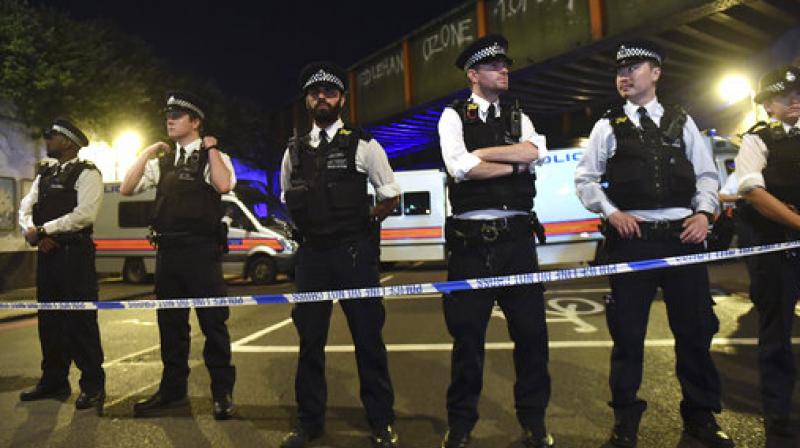 Police figures released in March had showed a considerable rise in hate crimes in London over the previous year. (Photo: AP/Representational)

London: The British government on Sunday announced a new 1-million-pound fund to protect religious institutions and prevent hate crimes in the country following the terror attack on a mosque in north London last month.

Eligible religious organisations can now apply for help to provide a range of security measures, such as CCTV cameras, and protective fencing to provide reassurance for their congregations.

"There is no place for hate crime in this country and anyone who commits an attack motivated by race, religion or ideology will meet the full force of the law.

"People must feel free to practice their faith without fear of violence or abuse, which is why I launched a 2.4 million pound fund last year to provide protective security to places of worship as part of my Hate Crime Action Plan," said UK Home Secretary Amber Rudd in a statement released today.

"Many groups have already benefited from funding. But following the tragic attack in Finsbury Park..., I am making another 1 million pounds to provide protection against hate crime to all those who need it," she said.

In November last year, around 400,000 pounds was awarded to 59 places of worship, including 45 churches, 12 mosques, one Hindu temple and one gurdwara.

The new fund, announced by Rudd in the House of Commons on June 22, is an extension of the 2.4-million-pound Places of Worship scheme, announced in July 2016 as part of the UK government's Hate Crime Action Plan.

Bidding for the second round of the scheme has now closed and successful bids will be announced in due course, the Home Office said.

Police figures released in March had showed a considerable rise in hate crimes in London over the previous year.

The incidents of hate crime have been on the rise since a series of terror attacks in the UK, including an attack on the Parliament in March, a suicide bombing in Manchester and an attack on London Bridge and an Islamic centre in London last month.