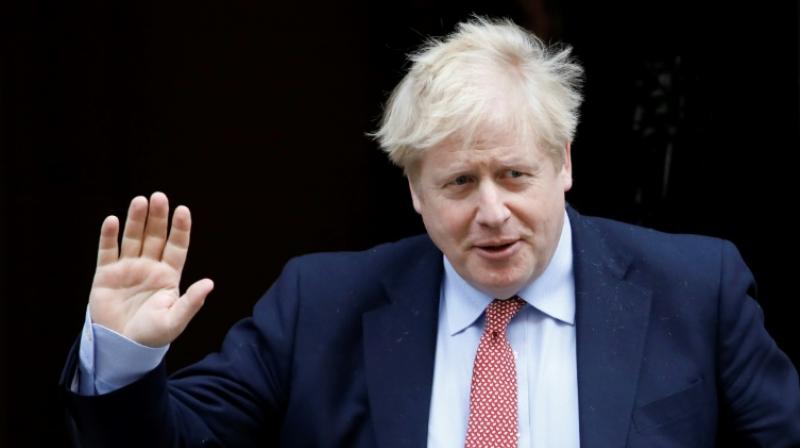 In a video message posted online on Wednesday night from Downing Street, where he has been in self-isolation since announcing on March 27 that he had contracted the virus, Johnson said testing was the "way through".

"We're also massively increasing testing. As I have said for weeks and weeks this (testing) is the way through," Johnson said.

He was reacting to condemnation of his government, especially in the media, after officials revealed that just 2,000 out of half-a-million staff in the state-run National Health Service (NHS) had been tested.

There have also been reports of staff being turned away from drive-in test centres because they did not have the correct paperwork, or others which were deserted because testing was by appointment only.

Figures published Wednesday showed a total of 2,352 people with COVID-19 have died in the UK, an increase of 563, the largest single-day rise. Two of the deaths were medics.

Testing for the general public has also been condemned as not being widespread enough.

Various normally pro-government newspapers condemned the plans as "chaotic", a "scandal" and a "shambles" as the backlash gathered pace.

So far, Public Health England (PHE), the body tasked with testing, has insisted all screening should be carried out centrally.

Britain is currently in lockdown, with shops shut and the public asked to stay at home to try to limit the spread of coronavirus.

The government has promised an enormous package of support for businesses and employees hit by the measures, but is facing questions about how quickly the money is getting through.