If Sinn Fein and the DUP cannot resolve their differences after the vote, the province will be fully governed from London. 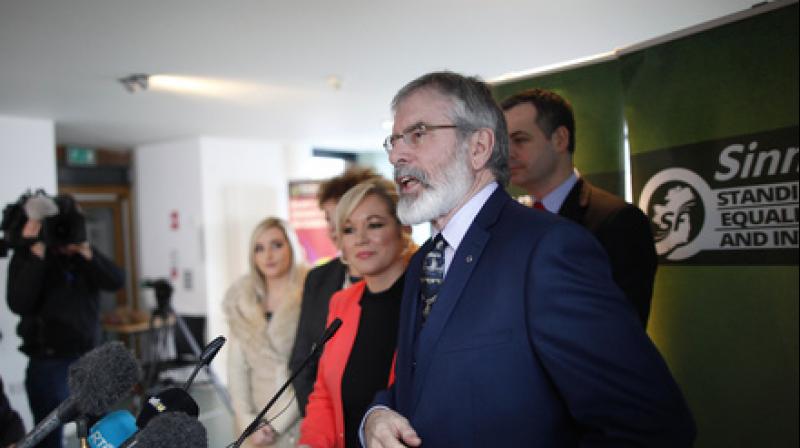 Belfast: Northern Ireland began voting on Thursday in snap elections to resolve a political crisis fuelled by bad blood and Brexit, which is testing the delicate peace in the British province.

His resignation triggered fresh elections to the Northern Ireland Assembly, a semi-autonomous legislature in Belfast in which representatives of once warring communities have shared power on and off since a 1998 peace deal.

Observers predict a similar outcome to the May 2016 assembly elections, in which the Protestant, conservative and pro-British DUP won slightly more seats than the Catholic, socialist and Irish Republican Sinn Fein.

If Sinn Fein and the DUP cannot resolve their differences after the vote, the assembly's executive could be suspended and the province fully governed from London.

"I'd be more pessimistic than optimistic that the DUP and Sinn Fein can get back in a government together quickly," Jonathan Tonge, a Northern Ireland politics expert at Liverpool University, told AFP.

McGuinness resigned in protest over a botched green energy subsidy scheme instigated by Foster when she was economy minister, which has left the executive facing a possible ?490 million ($600 million, 570 million euro) overspend.

It was the breaking point after months of tensions with the DUP. Deeply-engrained historical enmity was also exacerbated by the June vote to leave European Union, which the DUP supported but Sinn Fein opposed.

McGuinness is not standing again due to ill health. His successor as Sinn Fein's leader in Northern Ireland, Michelle O'Neill, has signalled a possible way out.

"We're up for going back into government but only on the basis of equality, respect and integrity," she told AFP in an interview on the last day of campaigning on Wednesday.

"We cannot go into government with Arlene Foster as First or Deputy First Minister while there is a shadow hanging over her but that doesn't mean we can't find a way forward".

In the streets of Belfast, there was disillusionment over the latest scandal to hit Northern Ireland politics.

Civil servant Catherine Aouad told AFP: "I'm just fed up with all the corruption and all the scandals to do with the heating and all the rest of it."

Throughout the election campaign, Foster has appealed for unionists to resist Sinn Fein's demands for her to stand aside pending an investigation into the energy scheme.

"If you feed a crocodile it will keep coming back for more," she told a party rally.

If DUP and Sinn Fein cannot agree to form a new power-sharing executive within three weeks, London will take over issues such as health, education and the local economy which are currently devolved.

Prime Minister Theresa May has said she intends to pull Britain out of the EU's single market and likely the customs union, which would make the border between Northern Ireland and Ireland the only land border with the EU.

The possibility of a return to checkpoints has revived memories of "The Troubles", three decades of strife in Northern Ireland over British control of the province, in which more than 3,500 people were killed.

"The most disastrous thing would be the return of a border... which will greatly offend nationalists," said Tonge.

There are also concerns about damaging cross-border trade. British minister James Brokenshire held talks in Brussels on Wednesday to emphasise the importance of a "frictionless" border, and also promised to "take no risks" with the province's political stability.

Kenny was in Brussels again on Thursday to discuss Brexit. Sinn Fein's Irish leader, Gerry Adams, in January described Brexit as a "hostile action" by the British government, which would have a "negative impact" on the province's peace agreement.

In last June's referendum on EU membership, Northern Ireland voted to remain in the bloc but was outvoted by an overall British majority of 52 percent to leave.

Polls close at 2200 GMT but results are not expected until Saturday.