The Labour Party said it accepted the suspension recommendation, describing it as a 'sad day for us'. 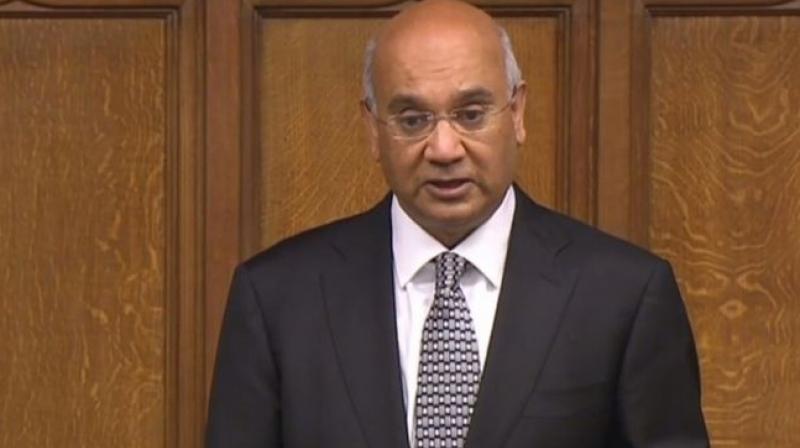 MPs approved Keith Vaz's suspension after the Parliament Standards Committee concluded in its report that the 62-year-old Goan-origin Labour Party MP for Leicester East had "disregarded" the law when he "expressed willingness" to purchase cocaine for male prostitutes. (Photo: File)

London: The UK Parliament on Thursday suspended Keith Vaz, one of Britain's longest-serving Indian-origin MPs, for six months after he was found to have "expressed willingness" to purchase cocaine for male prostitutes.

MPs approved Keith Vaz's suspension after the Parliament Standards Committee concluded in its report that the 62-year-old Goan-origin Labour Party MP for Leicester East had "disregarded" the law when he "expressed willingness" to purchase cocaine for male prostitutes.

In a strongly-worded report earlier this week, the Commons watchdog said there was "convincing evidence" that Keith Vaz was "evasive or unhelpful" during an investigation into his conduct.

The Labour Party said it accepted the suspension recommendation, describing it as a "sad day for us".

Earlier, Labour's shadow home secretary Diane Abbott had said that Keith Vaz should stand aside as the party's candidate for Leicester East, the seat he has held since 1987, in the December election 12.

"I think he himself should agree not to be a candidate. It has been a very sad issue, not just for him but for his family and his children," she said.

The Parliament Standards Committee chairperson, Kate Green, said she had written to ask the Leader of the House in the next Parliament to bring forward the suspension again, if Keith Vaz is re-elected, so that he would have to serve the full six months.

Vaz issued a statement soon after the report, saying he had been admitted to hospital due to ill health.

He said he has been suffering from a serious mental health condition for the last three years as a result of the events and insisted that he fully cooperated with the parliamentary inquiry.

"Vaz vigorously rejects the allegation that he has failed to cooperate with the inquiry: to the contrary, he holds the standards system in the highest regard and with the highest respect," his statement noted.

The MP had been caught up in a scandal around his private life in 2016 following newspaper headlines linking him with male escorts. At the time, he had issued a public apology and stepped down as the head of the influential House of Commons' Home Affairs Committee.