18 dead, 13 injured in suicide attack at funeral site in Afghanistan

The attacker struck at the funeral ceremony of an ex-governor of Haska Mina who died recently of natural causes, an official statement said. 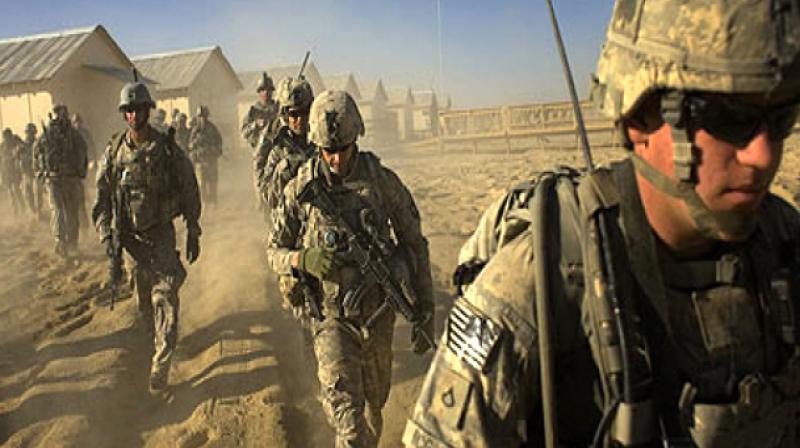 There was no immediate claim of responsibility for the attack in Nangarhar where the Islamic State group has a stronghold. (Photo: AFP | Representational)

Jalalabad (Afghanistan): An explosion at a funeral in Afghanistan's restive east on Sunday killed at least 18 mourners and wounded another 13, officials said, capping a deadly year for ordinary Afghans.

There was no immediate claim of responsiblity for the blast which authorities initially said was caused by a suicide attacker but now believe was triggered by explosives attached to a motorcycle.

The Taliban said on Twitter they had nothing to do with the incident -- the latest violence to claim the lives of civilians in the war-torn country.

"The explosion was caused by a motorcycle bomb our investigation has concluded," Nangarhar governor spokesman Attaullah Khogyani told AFP.

The governor's office put the death toll from the attack near the provincial capital Jalalabad at 18, with 13 wounded.

The explosion happened during the funeral ceremony for a former governor of Haska Mina district who died recently of natural causes, a statement from the governor's office said.

The twisted wreckage of a motorcycle -- a popular mode of transport in impoverished Afghanistan -- lay in the dirt at the cemetery.

Pools of blood, clothes, shoes and hats were scattered on the ground.

Photos posted on social media purportedly of the scene showed bodies lying in blood and a plume of black smoke rising into the sky. Terrified mourners, mostly elderly men, could be seen running from the scene.

While the Taliban is still responsible for the majority of attacks and casualties across Afghanistan, Islamic State militants have been on a rampage this month.

The incident in Nangarhar, a volatile province bordering Pakistan and a stronghold for IS, comes days after the group claimed an assault on a Shiite cultural centre in Kabul that left 41 people dead and more than 80 wounded.

That followed a Christmas Day attack, also claimed by IS, near an Afghan intelligence agency compound in the Afghan capital that left six civilians dead.

On December 18 militants from the group stormed an intelligence training compound in Kabul, triggering an intense gunfight with police, two of whom were wounded.

The Middle Eastern jihadist outfit has gained ground in Afghanistan since it first appeared in the region in 2015, and has scaled up its attacks in Kabul and elsewhere, including on security installations and the country's Shiite minority.

The latest news comes at the end of a particularly deadly year for Afghans, with the number of civilian casualties on track to be one of the highest on record since the US invasion in 2001.

More than 8,000 civilians were killed or wounded in conflict-related violence in the first nine months of this year, according to data compiled by the UN Assistance Mission in Afghanistan.

Last year's civilian casualty toll of 11,418 was the highest for a single year since the UN began systematically documenting civilian deaths and injuries in 2009.