Pak minister gets electric shock during speech against PM Modi, says 'He can't ruin this rally' 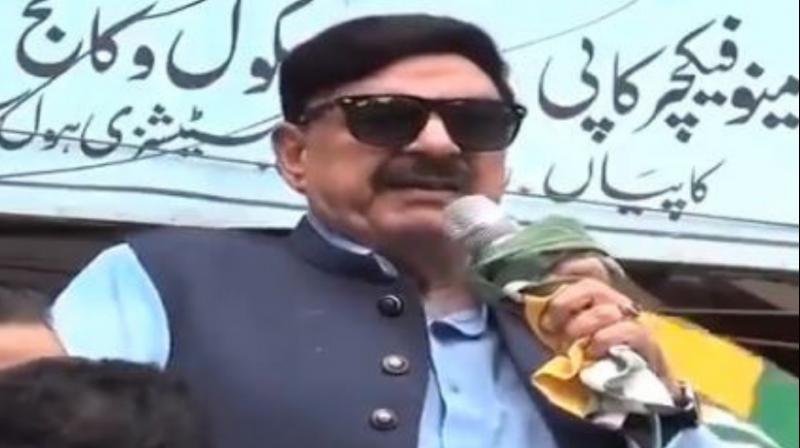 Islamabad: In a bizarre incident, a Pakistan minister on Friday got an electric shock while criticising Prime Minister Narendra Modi at an Islamabad rally, organised against India's move to end special status to Jammu and Kashmir.

Pakistan's Railway Minister Sheikh Rashid Ahmed was speaking at a rally in the country's capital. "We are aware of your intentions, Narendra Modi," he was saying, when he received the shock, apparently from the mic.

"I think it was electric current. Never mind. Modi cannot ruin this rally ," he added.

#Pakistan railway minister suffers electric shock from mic while addressing a rally during #KashmirHour, just after he mentions PM Modi in the speech. 😁

The Pakistani Minister is infamous for being a motor mouth.

After Article 370 was scrapped, Pakistan had downgraded trade ties and expelled the Indian envoy. Maintaining that the decisions in Kashmir were its internal matter, India had advised Pakistan to accept the reality.

Pakistan later approached the United Nations Security Council (UNSC), seeking its intervention in the matter. After a closed-door meeting, most of the council's members had supported India's stand that Kashmir is a bilateral issue between India and Pakistan.

Pakistan Prime Minister Imran Khan has been using objectionable language for PM Modi in tweets ever since the decision on Kashmir was announced by the Indian government.

Earlier this week, he said Pakistan would raise the issue at every international forum, including the UN general assembly, where he has to deliver an address next month.

Last week, PM Modi had a 30-minute telephonic conversation with US President Donald Trump during which he "stated that extreme rhetoric and incitement to anti-India violence by certain leaders in the region was not conducive to peace."

PM Modi later met Trump in France at the sidelines of the G-7 Summit and reiterated that Kashmir is a bilateral issue.