So far 25 people died due to the disease, while 52 recovered. Another 12 were in critical condition at various hospitals 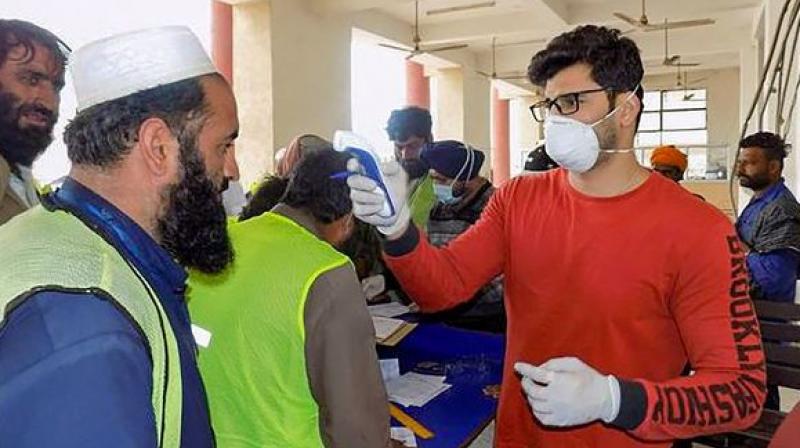 Islamabad: The number of coronavirus cases in Pakistan reached 1,865 on Tuesday, showing a constant upward trajectory with officials scrambling to contain the spread of the dreaded disease by appealing to the public to remain inside as people in many cities were seen roaming out.

The Ministry of Health Services in its update on dedicated website showed that the largest province of Punjab had maximum 652 patients.

So far 25 people died due to the disease, while 52 recovered. Another 12 were in critical condition at various hospitals.

Officials in Pakistan were scrambling to contain the disease by appealing to the public to remain inside homes and go out only in cases of emergencies. But there was little impact on the masses and in several cities, people were seen roaming out while security officials were trying to convince them to go back to their places.

Efforts were also going to cope with mass breakout by providing more spaces for the patients and Pakistan Railway offered at least 30 coaches which were converted into isolation centers.

Separately, the Supreme Court of Pakistan suspended orders by various high courts to release dozens of under trial prisoners to ease pressure on jails as there was threat of the spread in overcrowded prisons.

Earlier, the Islamabad High Court (IHC), the Sindh High Court and the Lahore High Court had accepted bails of dozens of such prisoners.

The Punjab province is emerging as the new epicentre of the deadly viral infection in the country with 652 patients.

Meanwhile, the government planned to rent two three-star hotels in the city to use their rooms to isolate suspected patients of the coronavirus.

A 1,000-bed Expo Centre Hospital has also been completed for patient management and will start functioning soon after the recruitment of 1,900 doctors, nurses and paramedics.