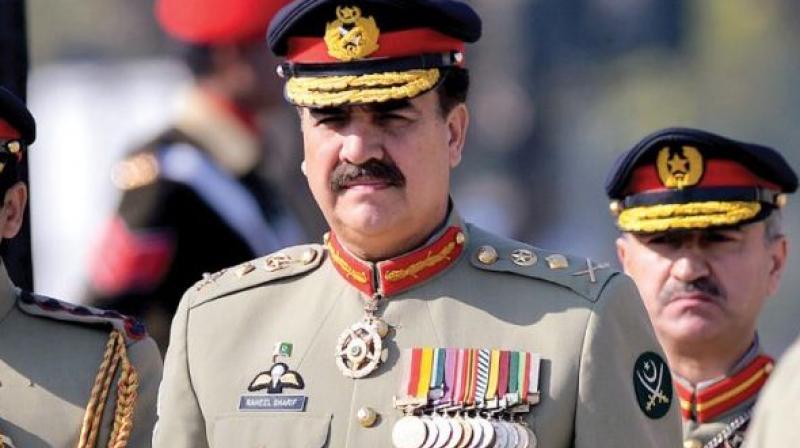 General Sharif, who handed over the command to General Qamar Javed Bajwa at a ceremony here on Tuesday, said India’s miscalculation would be dangerous. (Photo: AFP/File)

General Sharif, who handed over the command to General Qamar Javed Bajwa at a ceremony here on Tuesday, said India’s miscalculation would be dangerous. “Unfortunately, in recent months, increasing state terrorism in Kashmir, and India´s aggressive steps have put the region´s peace in danger,” he said in his last speech as the Army Chief. He added: “I want to make it clear to India that considering our policy of restraint, a weakness would be dangerous for her.” He said lasting peace and progress was impossible without solution of the Kashmir issue. “For that, international community’s special attention is necessary,” he continued. Tensions between the nuclear-armed countries have spiralled following a deadly assault on an Indian Army base in September that New Delhi blamed on Pakistan.

India said it had responded to the September attack by carrying out “surgical strikes” across the heavily militarised border, sparking fury from Islamabad, which denied the strikes took place.

Outgoing Gen. Raheel Sharif handed over the ‘command stick’ to General Qamar Javed Bajwa at the Change-of-Command ceremony held here at the Army Hockey Stadium, adjacent to the General Headquarters.