Over 2,000 people dead in DR Congo Ebola outbreak: WHO

The organisation added that most of the cases were reported in North Kivu province. 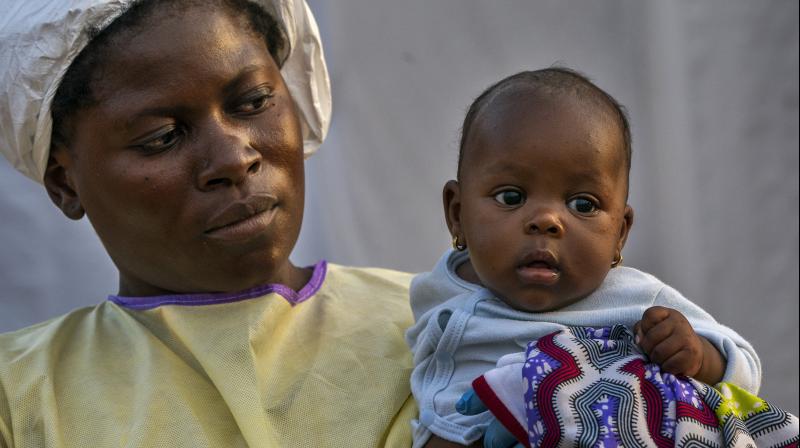 In July, the WHO said that the Ebola outbreak in DR Congo constitutes a public health emergency of international concern. (Photo: AP | Representative))

Moscow: Over 2,000 people have died from the Ebola virus disease in the Democratic Republic (DR) of the Congo since last August while the number of registered Ebola cases has reached 3,000 in the African country, the World Health Organisation (WHO) said on Friday.

"As the Ebola outbreak in the Democratic Republic of the Congo reaches 3,000 cases, WHO calls for the full force of all partners to respond and increase their presence in the field to stop Ebola and to address one of the largest and most complex humanitarian crises in the world," WHO said in a press release.

The organisation added that most of the cases were reported in North Kivu province.

"In the past 10 weeks, an average of 80 people per week are sickened by the virus," the WHO stated.

In July, the WHO said that the Ebola outbreak in DR Congo constitutes a public health emergency of international concern.

The Ebola virus is transmitted to humans from wild animals and is estimated by the WHO to have a 50 per cent fatality rate. The virus is named after the country's Ebola River, which is near where it was discovered by Belgian microbiologist Peter Piot and his team in 1976.