Taliban say latest round of talks with US 'critical'

Both sides sat down to negotiate just days after Pompeo said the US was hopeful of deal to end Afghanistan's protracted war by September 1. 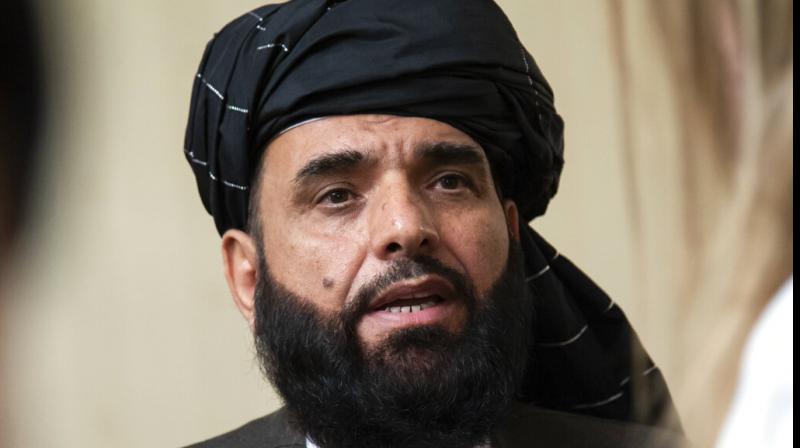 Suhail Shaheen said both sides are looking for "tangible results" as they try to hammer out the fine print of agreements that will see the eventual withdrawal of over 20,000 U.S. and NATO troops from Afghanistan, and end America's longest-running war. (Photo: AP)

Islamabad: The seventh and latest round of peace talks between the US and Taliban is "critical," said Taliban spokesman Suhail Shaheen on Sunday, the second day of talks with Washington's peace envoy Zalmay Khalilzad in the Mideastern state of Qatar, where the militant group maintains a political office.

Shaheen told the Associated Press both sides are looking for "tangible results" as they try to hammer out the fine print of agreements that will see the eventual withdrawal of over 20,000 U.S. and NATO troops from Afghanistan, and end America's longest-running war.

The agreements are also expected to provide guarantees that Afghanistan will not again harbour terrorists to carry out attacks worldwide. The talks began on Saturday and are expected to continue into the next week. The two sides sat down to negotiate just days after US Secretary of State Mike Pompeo said Washington was hopeful of a deal to end Afghanistan's protracted war by September 1.

"Getting a comprehensive peace agreement with the Taliban before September 1 would be nothing short of a miracle," said Michael Kugelman, deputy director of the Asia Program at the U.S.-based Wilson's Center. "That said, I could certainly envision a more limited deal being in place by September 1 on a U.S. troop withdrawal, given that there's already been ample progress on this issue."

Pompeo and Khalilzad have both said the final accord will include not only agreements with the Taliban on troop withdrawal and guarantees of a non-threatening Afghanistan, but also agreement on intra-Afghan dialogue and a permanent cease fire.

Until now the Taliban have refused direct talks with the Afghan government while holding two separate meetings with a wide array of prominent Afghans from Kabul, including former president Hamid Karzai, members of the former northern alliance that fought the Taliban during its five-year rule as well as members of the government.

The Taliban have said they will meet government officials but as ordinary Afghans, labeling President Ashraf Ghani's government a US puppet and noting that the US is the final arbiter on their central issue, which is troop withdrawal.

The Taliban have refused a ceasefire until the withdrawal is complete, saying that to restart their insurgency if the US reneges on its promises could be difficult. But the accelerated pace of negotiations and the sudden announcement of a September 1 target date for an agreement could be linked to Afghan President Ghani's insistence on presidential polls scheduled for September 28 in Afghanistan, say analysts.

The upcoming elections have been criticized by many of his political opponents who often point to last October's parliamentary polls. The voting was so badly mismanaged that Ghani fired the entire Independent Election Commission, and several of the parliamentary seats are still being contested.

A biometric identification system aimed at reducing election fraud was prematurely rolled out for the polls, with the few people trained on the machines not showing up on election day. While there were incidences of violence during the polling, analysts widely agreed the greatest flaw was the widespread mismanagement and fraud. Khalilzad has also suggested that presidential elections could hamper reaching a peace agreement.

"I do think the US government recognizes that the election could pose a major obstacle to peace talks, given that it will be a distraction and given that it will accentuate and intensify the fractures and rivalries in the Afghan political environment that undercut reconciliation prospects," said Kugelman. "Another reason for the focus on Sept. 1 is much simpler: President Trump wants out, and he wants a deal as soon as possible."