Musharraf, who has been in Dubai since March 2016 after leaving Pak on medical grounds, is facing trial for subverting Constitution. 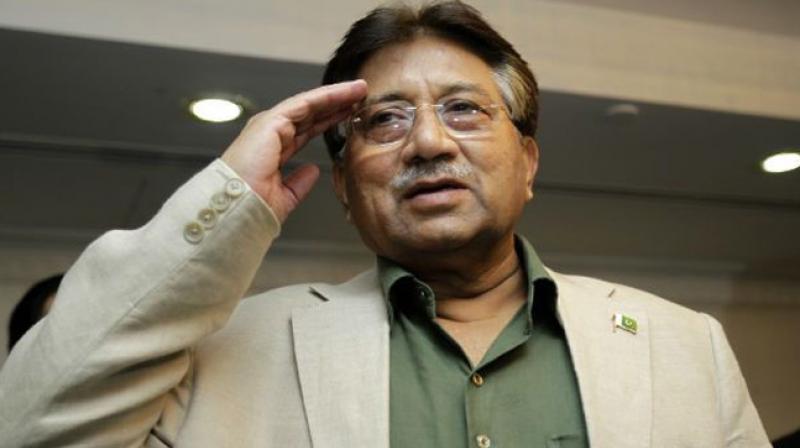 Besides facing a high-profile treason case, Gen (retd) Musharraf has been declared an absconder due to his persistent failure to appear before the special trial court. (Photo: File/AP)

Islamabad: A three-judge special court formed by Pakistan's Supreme Court for conducting the high treason trial of the former military ruler and dictator Pervez Musharraf is set to resume its hearing early next month.

Gen (retd) Musharraf, 74, who has been residing in Dubai since March 2016 after leaving the county on medical grounds, is facing trial for subverting the Constitution on November 3, 2007.

Lahore High Court (LHC) Chief Justice Yawar Ali, who heads the special court, will stay in Islamabad or Rawalpindi from July 2 to 4 to hear the treason case, The Express Tribune reported.

The high treason case was planned to be restarted earlier but one member of the special court was abroad and hence the delay occurred.

The special court, formed in November 2013 by the Supreme Court on the request of the former Pakistan Muslim League-Nawaz (PML-N) government, had to be reconstituted as its former head and Peshawar High Court (PHC) Chief Justice Yahya Afridi recused himself from hearing the case on March 29.

On April 7, Chief Justice of Pakistan Mian Saqib Nisar proposed a fresh composition of the three-judge special court, nominating Ali as its head. Mr Ali is set to retire on October 22 this year.

The former PML-N led government, however, did not notify the new bench during its tenure and the caretaker government had to issue a notification after taking charge.

Recently, the Supreme Court had summoned Gen (retd) Musharraf, who has been living in UAE for two years, regarding his disqualification, but he did not show up prompting the top court to bar him from contesting in the July 25 general elections.

Besides facing a high-profile treason case, Gen (retd) Musharraf has been declared an absconder due to his persistent failure to appear before the special trial court.

The former president was indicted in March 2014 on treason charges for imposing an emergency in the country which led to the confinement of a number of superior court judges in their houses and sacking of over 100 judges.

A conviction for high-profile treason carries the death penalty or life imprisonment.

Gen (retd) Musharraf, who ruled Pakistan from 1999 to 2008, has sought adequate security from the government for his return from the UAE to appear before the special court.