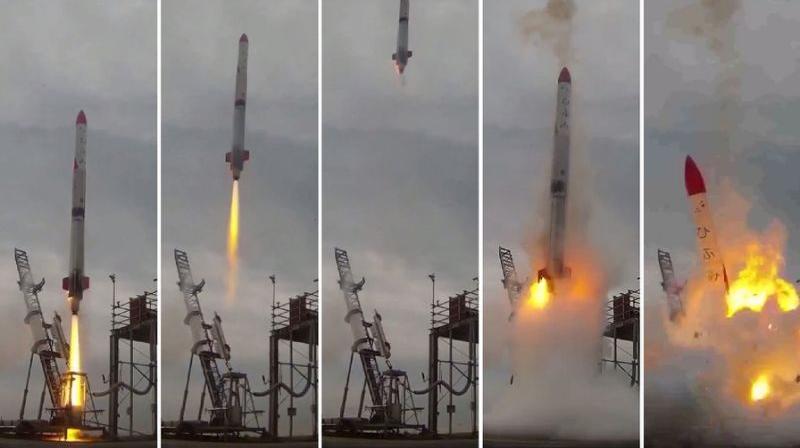 Television footage showed the 10-metre (33-foot) rocket crashing back down to the launch pad seconds after liftoff and bursting into flames. (Photo: AFP)

Tokyo: A rocket developed by a maverick Japanese entrepreneur and convicted fraudster exploded shortly after liftoff on June 30, in a major blow to his bid to send Japan's first privately backed rocket into space.

Interstellar Technologies, founded by popular internet service provider Livedoor's creator Takafumi Horie, launched the unmanned rocket, MOMO-2, at around 5:30 am (local time) from a test site in Taiki, southern Hokkaido. But television footage showed the 10-metre (33-foot) rocket crashing back down to the launch pad seconds after liftoff and bursting into flames.

No injuries were reported in the spectacular explosion.

The launch was supposed to send the rocket carrying observational equipment to an altitude of over 100 kilometres (62 miles).

The failure follows a previous setback in July last year when engineers lost contact with a rocket about a minute after it launched. Interstellar Technologies said it would continue its rocket development programme after analysing the latest failure.

The outlandish, Ferrari-driving Horie -- who helped drive Japan's shift to an information-based economy in the late 1990s and the early 2000s but later spent nearly two years in jail for accounting fraud -- founded Interstellar in 2013.

However, privately backed efforts to explore space from Japan have so far failed to compete with the government-run Japan Aerospace Exploration Agency.