Prime minister Shinzo Abe was forced into a U-turn on cash handouts, reversing an initial plan to offer means-tested assistance to families 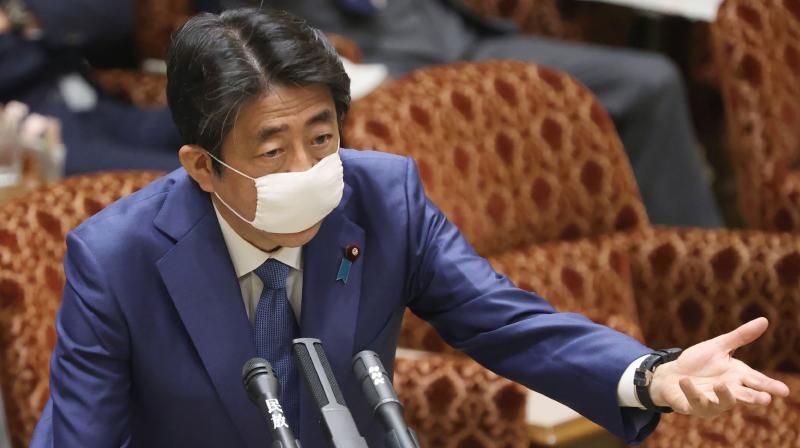 Tokyo: Japan's parliament on Thursday passed an emergency budget worth around $240 billion, including cash handouts for every resident, in a bid to counter the economic devastation wrought by the coronavirus pandemic.

The budget had to be rewritten after prime minister Shinzo Abe was forced into a U-turn on cash handouts, reversing an initial plan to offer means-tested assistance to households and instead opting to give 100,000 yen ($930) to every adult and child in the country.

The 25.7 trillion yen budget includes a wide range of measures intended to prop up the world's third-largest economy, already struggling with sluggish growth, stubbornly low inflation and the effects of a consumption tax hike last year.

About half the budget will go towards the cash handouts.

The measures are part of a larger $1 trillion stimulus package that Abe announced earlier this month.

He has pledged that his government "will do whatever is necessary without hesitation" to address the economic impacts of the pandemic, which has also robbed Japan of the Olympics this year, forcing the Games to be postponed until July 2021.

Japan has seen a relatively smaller scale outbreak compared to hotspots in Europe and the United States, with around 14,000 infections and 415 deaths as of Thursday.

But a spike in infections prompted Abe to declare a month-long state of emergency in seven regions, which was subsequently expanded to cover the entire country.

The state of emergency hands regional governors the power to ask people stay indoors and call for businesses to close, but includes no punishments for those who do not comply.

It is due to end on May 6, but reports suggest the government will extend it, possibly by up to another month.

The Japanese economy was heading for recession even before the coronavirus crisis, contracting by 1.8 percent in the final quarter of last year.

Since then, tourism has dropped by as much as 90 percent and industry and trade have ground to a halt, with the postponement of the Olympics another blow.

On Monday, the Bank of Japan ramped up its emergency monetary easing and cut growth forecasts, projecting the economy will shrink 3.0 to 5.0 percent for the current fiscal year to March 2021, compared with the previous estimate of 0.8-1.1 percent growth.