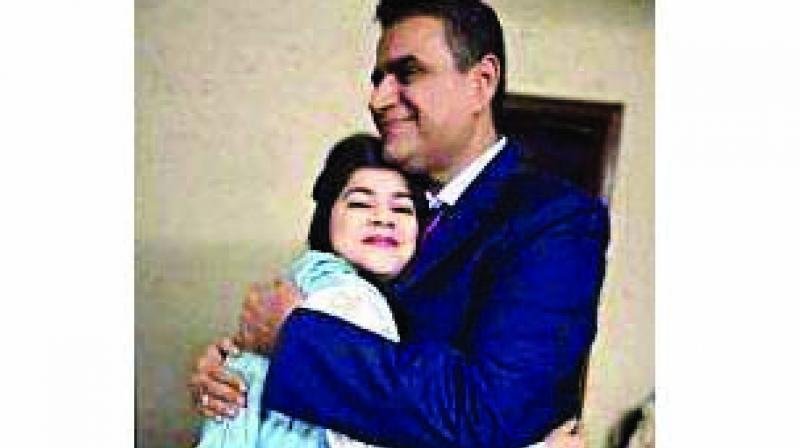 Islamabad: In a first, Pakistan has appointed a woman Hindu judge as a civil and judicial magistrate.

Suman Pawan Bodani, who hails from Sindh’s Shahdadkot area, stood 54th in the merit list for appointment of civil judges.

Ms Bodani, who completed her intermediate from her native town and received her bachelor of law (LLB) degree from Hyderabad, says that she grew up in an underdeveloped rural area of Sindh where she watched poor people struggling to cope with various challenges. “They cannot even afford to lodge cases. This is the reason behind my decision of joining law, so that I can bring justice to them,” she said.

Ms Bodani moved to Karachi to pursue master of laws (LLM) from Shaheed Zulfikar Ali Bhutto Institute of Science and Technology (SZABIST), before workimg for a law firm.

Ms Bodani said that though she faced resistance from her community, as they do not approve of girls working in the field of law, her family, including her father and siblings, extended their full support and did not pay any heed to what people said.

According to Pawan Kumar Bodani, her father, Ms Bodani wants to provide free legal assistance to the poor in Qambar-Shahdadkot, and that’s one reason why he and his family helped her in achieving her dreams.

“Suman has opted for a challenging profession, but I am sure she will go places through hard work and honesty,” her father, who is an eye specialist, said.

Ms Boudani is a fan of singers Lata Mangeshkar and Atif Aslam.

This is not the first time that a member of the Hindu community has been appointed judge in Pakistan. The first judge from the Hindu community was Justice Rana Bhagwandas, who served as the acting chief justice for brief periods between 2005 and 2007.

Hindus make up nearly two per cent of Pakistan’s total population and Hinduism remains the second largest religion in Pakistan after Islam.