Former Afghan President Ghani listed among 'most corrupt' people of 2021 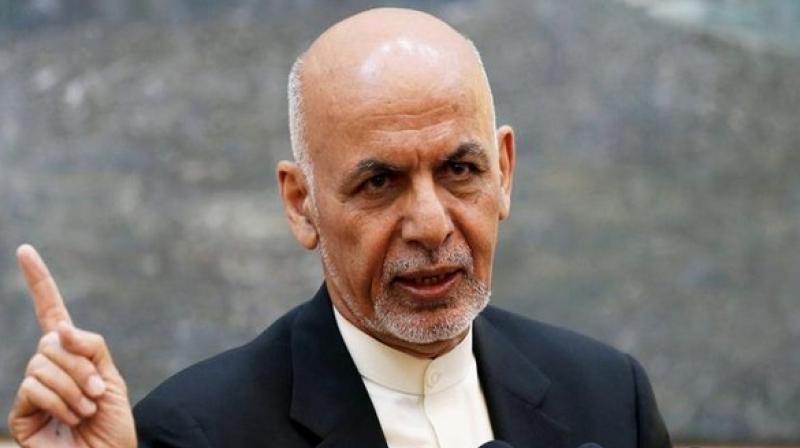 Sarajevo (Bosnia and Herzegovina): Former Afghan President Ashraf Ghani has been named as one of the most corrupt officials of the year by the Organized Crime and Corruption Reporting Project (OCCRP), a nonprofit investigative news reporting platform for independent media outlets around the world.

OCCRP said Ghani deserved an award because he "deserted his people leaving them to misery and death."

Drew Sullivan, a co-founder of OCCRP who served as a judge on the panel, said that Ashraf Ghani deserves such an award due to his corruption and incompetence.

"Ghani certainly deserves an award, too. He was breath-taking in both his corruption and his gross incompetence. He deserted his people, leaving them to misery and death so he could live among the corrupt former state officials in the moral cesspool that is the UAE," said Sullivan.

A panel of six journalists and scholars who study and report on corruption selected Lukashenko as the man of the year. It included Rawan Damen, Director General of Arab Reporters for Investigative Journalism (ARIJ); Will Fitzgibbon, senior reporter with the International Consortium of Investigative Journalists (ICIJ); Boyoung Lim, a senior editor at the Pulitzer Center; Louise Shelley, an author and endowed professor at the Schar School of Policy and Government at George Mason University; Paul Radu, award-winning cross-border investigative reporter, co-founder, and Director of OCCRP; and Drew Sullivan.

"It was a banner year for corruption, but Lukashenko stood out from the crowd," said Sullivan.

Lukashenko, 67, has clung to power in Minsk since 1993, rigging elections, torturing critics, and arresting and beating protesters, all with the aid and approval of the Kremlin, reported OCCRP.

Assad led Syria into a destructive civil war and has stolen hundreds of millions of dollars while clinging to power. Erdogan has overseen a corrupt government that has laundered Chinese funds for Iranian oil using state-owned banks. Kurz was the leader of the Austrian People's Party (OVP) who, along with nine other politicians and newspaper persons, was accused of embezzlement and bribery, added OCCRP.