The incident occurred on Thursday night when police were called following an earlier shooting during an argument between residents. 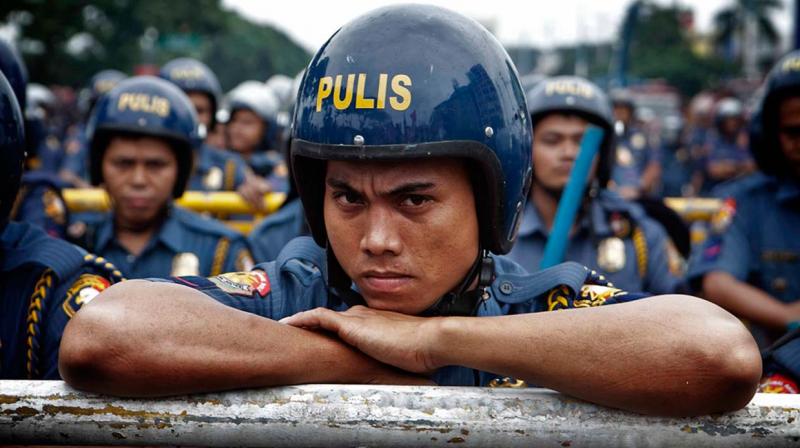 Videos of the incident, aired on local television, show policemen with guns drawn, surrounding the van as gunshots ring out. (Photo: AFP/Representational)

Manilla: Philippine Police has killed two people, including a woman on her way to hospital, after mistaking them for gunmen, authorities said on Friday, the latest deaths at the hands of law enforcement under President Rodrigo Duterte.

The incident occurred on Thursday night when police were called to a Manila suburb following an earlier shooting during an argument between residents.

But they mistakenly opened fire on a van that they thought was carrying the shooter but which in fact was taking a woman injured in the incident to hospital, said district police chief Senior Superintendent Moises Villaceran.

"Our police thought these were among the people that opened fire earlier," Villaceran told reporters.

Videos of the incident, aired on local television, show policemen with guns drawn, surrounding the van as gunshots ring out.

Initial reports showed that two people were killed while two others were wounded, a police aide of Villaceran said.

The nine policemen involved in the shooting are being held pending an investigation, the police said.

The deadly shooting comes as Duterte wages a brutal war on drug-related crime, openly urging police to kill suspects and vowing to protect them from legal liability in such incidents.

Government figures show that almost 4,000 "drug personalities" have been killed by government forces as part of Duterte's anti-drug campaign since he took office in mid-2016.

Human rights groups charge that thousands more have been killed by shadowy vigilantes.