Before a 2006 war between Israel and Lebanon, Nasrallah often openly visited the Iranian capital. 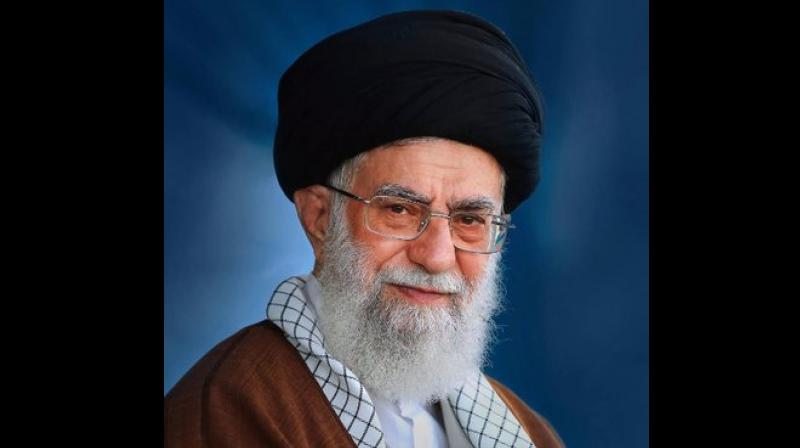 The photo published on the supreme leader's official website shows Nasrallah with Khamenei on his right and Qassem Soleimani -- the commander of Iran's elite Qods Force -- on his left.

The three men are shown in front of what appears to be a door covered by a curtain and surrounded by shelves stacked with books -- decor associated with Khamenei's Tehran office.

Before a 2006 war between Israel and Lebanon, Nasrallah often openly visited the Iranian capital, but since then his public appearances have been limited.

Iran's support for Hezbollah and Palestinian militant groups Hamas and Islamic Jihad are an enduring feature of the Islamic republic's foreign policy.

The photo -- first published on Wednesday and still available on Saturday -- has received little coverage in other Iranian media.

The picture will make the inaugural cover of a new magazine -- Massir (the Path) -- soon to be launched by khamenei.ir, the supreme leader's website said, while noting that the issue will publish elements of a "five hour interview" with Nasrallah.

The text references "a never before seen photo", but does not confirm the date or place where it was taken. An advertisement on the supreme leader's website says that Massir will publish "for the first time... images of meetings" between Nasrallah and Khamenei.

The website also published around a dozen photos of Nasrallah taken "during an exclusive discussion" with officials from the supreme leader's office, again without detailing the place and timing of the pictures.

One of the photos shows Nasrallah sitting in an armchair in front of portraits affixed to a wall of the supreme leader and his predecessor Ayatollah Ruhollah Khomeini.

Two other pictures show the Hezbollah leader in conversation with two unidentified men.