World   Asia  29 Aug 2019  ‘Raped when I was 7’: Ex-Students at Bangladesh madrasas recount their horror
World, Asia

‘Raped when I was 7’: Ex-Students at Bangladesh madrasas recount their horror

He was accused of being ‘an agent of Jews and Christians’ and smearing the ‘sacred image’ of a madrasa by a social media user. 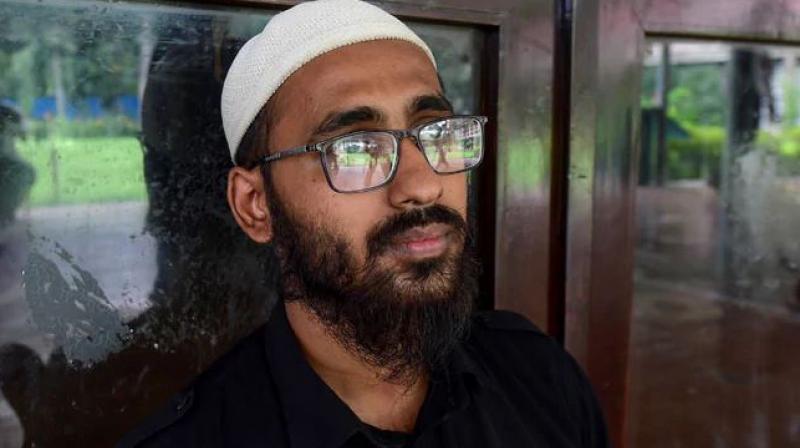 Rights activists said the assaults -- which range from violent rapes to forcible kissing -- are so pervasive that the cases reported in the media are just the tip of the iceberg. (Photo: AFP)

Dhaka: Former Bangladeshi students are turning to social media to detail allegations of "rampant" sex abuse at the hands of teachers and older pupils in Islamic schools, breaking their silence on a taboo topic in the conservative country.

Child abuse in madrasas has long gone unreported in Bangladesh, a Muslim-majority nation where hardline Islamist groups draw their support from the tens of thousands of schools across the nation of 169 million people.

But in the wake of a brutal murder of a teenage girl who was burnt to death in April after accusing her headteacher of sexual assault, such incidents have been subject to national scrutiny and debate for the first time.

In July alone, at least five madrasa teachers were arrested on rape charges against boys and girls under their care.

Several senior students were also held by police over the rape and beheading of an 11-year-old orphan, while a Dhaka cleric and seminary teacher was charged with sexually assaulting a dozen boys aged between 12 and 19.

The accusations reveal how students from poorer and rural backgrounds, whose parents send them to madrasas as they are more affordable than secular schools, are disproportionately affected by the abuse.

Rights activists said the assaults -- which range from violent rapes to forcible kissing -- are so pervasive that the cases reported in the media are just the tip of the iceberg.

"For years these crimes eluded spotlight due to sensitivity of the subject," Abdus Shahid, the head of child rights' group Bangladesh Shishu Odhikar Forum, told AFP.

"Devout Muslims send children to madrasas, but they don't speak up about these crimes as they feel it would harm these key religious institutions."

Hojaifa al Mamduh, who studied in three madrasas in the capital Dhaka, published a series of posts on Facebook in July detailing the abuses endured by students including himself.

The assaults were "so widespread in the madrasas, every student who has studied there knows about it", Al Mamduh, now a journalism student at a Dhaka University, told AFP.

"Many madrasa teachers I know consider sex with children a lesser crime than consensual extramarital sex with women. Since they live in the same dormitories, the perpetrators can easily hide their crimes and put pressure on their poor students to keep mum."

The 23-year-old's posts generated heated debate in the country, and he was personally threatened.

He was accused of being "an agent of Jews and Christians" and smearing the "sacred image" of a madrasa by one social media user.

Another reminded him of the fate of Avijit Roy, a top Bangladeshi atheist blogger and writer who was hacked to death by terrorists in 2015.

But his posts encouraged others to share their own experiences of alleged sex crimes.

Mostakimbillah Masum, who published his story on a feminist website, said he was "first raped by an elder student in my madrasa when I was just seven".

The 25-year-old told AFP that another one of his rapists was "a teacher who made me unconscious and raped me. It traumatised me permanently".

"Dozens of madrasa students I know were either raped or witnessed rapes and sexual assaults of their fellow students," he added. "It is so rampant almost every madrasa has a fair share of such stories."

Mahfuzul Haq, a principal of a madrasa in Mohammadpur where Al Mamduh studied, told AFP "one or two isolated incidents can happen" as there were 20,000 madrasas in the South Asian nation.

"Those who don't like to study in madrasas are spreading these stories," he added.

A spokesman for hardline Islamist group Hefazat-e-Islami, which represents a coalition of thousands of madrasas, said his organisation told a recent conference of 1,200 principals to take "tough stand against any sex crimes".

However, there has been growing acknowledgment of the alleged offences.

Pro-Islamic website Fateh24.com, viewed as a voice for the madrasas, pointed out in a report that children were at risk in smaller seminaries run by just one or two teachers and that had no oversight from governing bodies.

Editor Iftekhar Jamil, a former madrasa student and teacher, added that the cases were "not isolated" incidents and called for closed-circuit cameras to be installed in students' sleeping quarters.

"Instead of looking for conspiracies, these madrasas must take up responsibility and adopt an action plan to tackle these crimes," he told AFP.