Tamas Kenderesi has admitted making contact with his accuser but denies charges of sexual harassment. 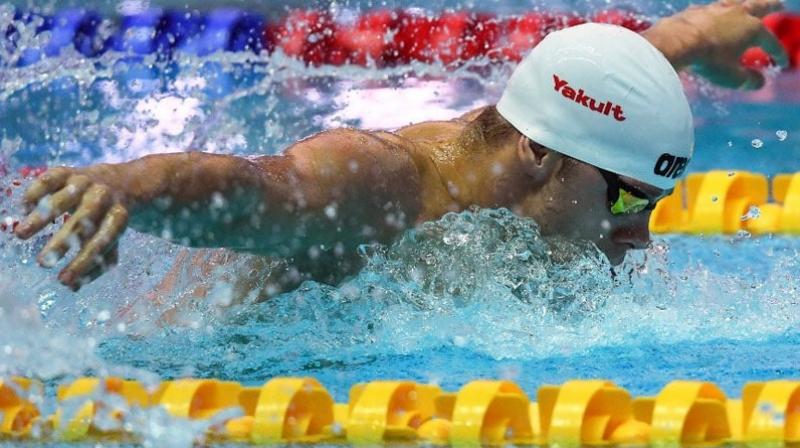 The 22-year-old Olympic bronze medallist has been banned from leaving the country while police investigate the incident at a bar in Gwangju, around 330 kilometres (200 miles) south of Seoul, at the weekend. (Photo: AFP)

Gwangju: Hungarian swimmer Tamas Kenderesi has apologised for "thoughtlessly touching" a nightclub dancer after being arrested on sexual harassment charges during the world championships.

The 22-year-old Olympic bronze medallist has been banned from leaving the country while police investigate the incident at a bar in Gwangju, around 330 kilometres (200 miles) south of Seoul, at the weekend.

Tamas Kenderesi has admitted making contact with his accuser but denies charges of sexual harassment. "After coming back from the toilets and heading towards the dance floor, I touched the backside of a Korean girl who was working as a dancer at the club," the swimmer said in a statement.

"I did not even stop behind her -- I took only a single, perhaps thoughtless move, which seriously angered this girl who filed a complaint against me.

"Realising the seriousness of the situation, I was absolutely cooperative throughout the entire process," added Kenderesi, who finished last in the men's 200 metres butterfly final last week.

"I deeply regret what happened and I wish to beg for the Korean girl's forgiveness. But I strongly deny that I'm guilty in any kind of sexual harassment."

Hungarian team officials and swimming's governing body FINA confirmed that Kenderesi had been released from custody but would not be allowed to leave the country for the next 10 days.

Kenderesi added that he had not been shown the video of the incident but insisted: "I honestly believe my words will be justified by the footage (and reveal) I did not commit any serious offence. However, I have to understand that I hurt certain moral norms, which are the foundations of the local values."

After the athlete's arrest, FINA executive director Cornel Marculescu told AFP: "For now he is free but he cannot travel out of Korea. We will see what the next step is."