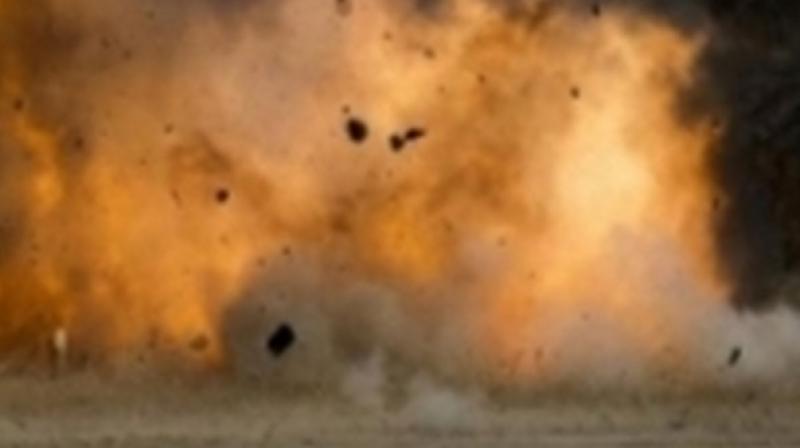 Saleh was reportedly hit by shrapnel before being safely evacuated from office. (Photo: File)

"India strongly condemns the terrorist attack in Kabul today in which a number of innocent Afghans were killed. India expresses its deepest condolences with the families of the deceased," the Ministry of External Affairs said in a statement.

"This dastardly attack was also aimed at undermining the constitutional and democratic processes and institutions in Afghanistan. India stands in solidarity with the Government and the people of Afghanistan in their efforts to achieve enduring peace, security and stability in Afghanistan," the statement read.

Saleh was reportedly hit by shrapnel before being safely evacuated from office.
Ferdous Faramarz, a spokesman for Kabul's police chief, was quoted as saying that the explosion was likely a suicide car bomb and the gunfight was still ongoing after the assailants stormed the building following the blast.

The attack took place after President Ashraf Ghani, Saleh and more than a dozen other Afghan politicians launched their presidential campaign earlier on Sunday.

"My brother, true son of the Afghan soil and first VP candidate of my electoral team, Amrullah Saleh has survived a complex attack by enemies of the state. We are relieved and thank the almighty that the attack has failed," Ghani said in a tweet.

Ghani kicked off his campaign by insisting "peace is coming" and pivotal talks with the Taliban would take place.

Also in Ab Band district of Afghanistan's Ghazni province, a Taliban suicide bomber killed four policemen early on Sunday in an attack on a police station in the eastern Ghazni province, according to Ahmad Khan Serat, a spokesman for the provincial police.

The Taliban also on the same day rejected a statement from the State Minister for Peace about plans to hold direct talks with the Afghan government within the next two weeks.

US peace envoy Zalmay Khalilzad, who is currently visiting Kabul, has held several rounds of talks with the Taliban in recent months in a bid to end the more than two-decades-long war.