Yang's remarks have come after 8 consecutive weeks of anti-govt protests in Hong Kong, which began against now-suspended extradition bill. 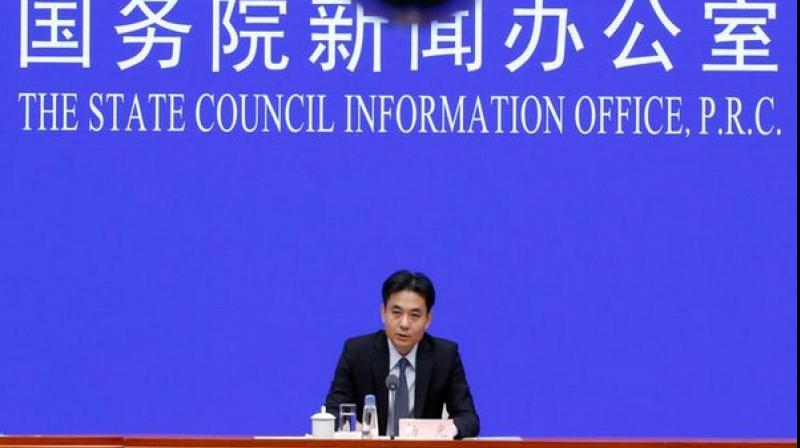 Yang added that Beijing fully supports police on its action to establish rule of law in the semi-autonomous region following violent unrest over the weekend. (Photo: ANI)

Beijing: China on Monday asserted that it remains committed to 'one country two systems' policy under which Hong Kong is guaranteed a high degree of autonomy.

Yang's remarks have come against the backdrop of eight consecutive weeks of anti-government protests in Hong Kong, which began against a now-suspended extradition bill, but have since broadened to include calls for democracy and police accountability.

Asked what Beijing would do to assure Hong Kong that "one country two systems" would be in place, Yang said, "This depends on how they [the people of Hong Kong] understand the situation. It is a complete ideology."

Yang cited three bottom lines in this regard: No harm to national security, no challenge to the central government's authority and the Basic Law, and no using Hong Kong as a base to undermine China.

The spokesperson said that the purpose of the extradition bill was to fix a legal loophole. He added that Beijing understands and respects the Special Administrative Region (SAR) government's decision to scrap the bill.

The said extradition bill was proposed on April 3 and its opposers argued that its controversial amendments will leave anyone on Hong Kong soil vulnerable to being grabbed by the Chinese authorities for political reasons or inadvertent business offences.

Yang added that Beijing fully supports police on its action to establish rule of law in the semi-autonomous region following violent unrest over the weekend.

"The rule of law is what Hongkongers are proud of. Violence is violence; unlawful acts are unlawful. It doesn't change, no matter what the target is. The central government supports the relevant government departments and police to protect the rule of law," the spokesperson said.