Sri Lankan officials have said, the port’s security will be handled by Colombo to allay fears that China could use it as a military hub. 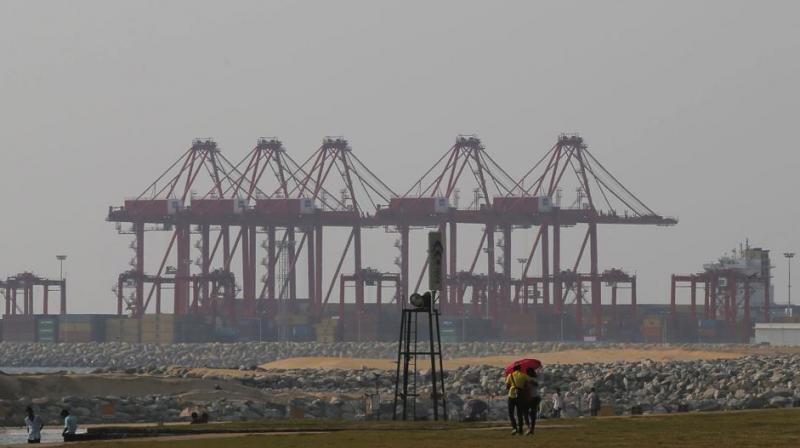 This agreement comes after a nearly six-month delay since the signing of the framework deal, which immediately drew public criticism and protests. (Photo: AP)

Colombo: Sri Lanka’s government on Saturday signed a long-delayed agreement to sell a 70% stake in a $1.5-billion port to China in a bid to recover from the heavy burden of repaying a Chinese loan obtained to build the facility.

The agreement comes after a nearly six-month delay since the signing of the framework deal, which immediately drew public criticism and protests.

The document was signed between the government-run Sri Lanka Ports Authority and the state-run China Merchants Port Holding Co. in the capital, Colombo, in the presence of senior government officials from Sri Lanka and China. According to the agreement, the Chinese company will invest $1.12 billion in the port, which sits close to busy east-west shipping lanes. Under the original framework agreement, an 80% stake would have been sold to China.

The port, built with a Chinese loan during the administration of former President Mahinda Rajapaksa, is seen as a white elephant because it has failed to become financially viable since it began operations in 2011.

Before they were elected in 2015, Opposition parties had criticised the project, but the government later sought help from China to make the port viable because of its severe underperformance and the heavy burden of loan repayment.

The port’s annual loan repayment commitment stands at $59 million, and by the end of 2016 the port had suffered a loss of $304 million, according to the government.

The port is part of Beijing’s so-called string-of-pearls plan for a line of ports stretching from its waters to the Persian Gulf. Rajapaksa relied heavily on China for infrastructure projects. During his administration, China provided loans for an airport, sea port, highways and power plants, and became the largest investor in Sri Lanka.

China’s influence in Sri Lanka makes neighbouring India anxious because it considers the Indian Ocean region to be its strategic backyard. President Maithripala Sirisena has been trying to balance both Asian giants.

Sri Lankan officials have repeatedly reiterated that the port’s security will be handled by Colombo in an attempt to allay the fears that the port could be used by Chinese as a military hub.

The agreement has ignited protests inside the country too and in January, hundreds of farmers and Opposition supporters protested the plan to lease the port, saying the proposed partnership was akin to a sell-out of the country.