The younger Sharif holds only a provincial seat and thus must be elected to the national Assembly before becoming the new prime minister. 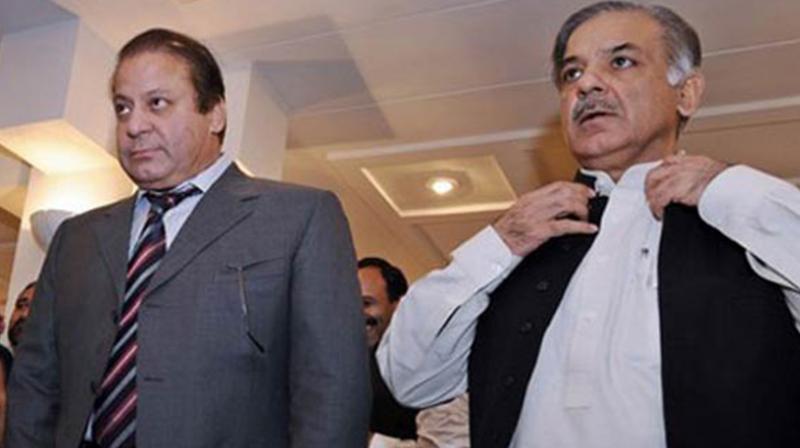 The announcement charts a way forward for Pakistan after the Supreme Court ousted Sharif on Friday following an investigation into corruption allegations against him and his family. (Photo: AFP)

The announcement charts a way forward for Pakistan after the Supreme Court ousted Sharif on Friday following an investigation into corruption allegations against him and his family, bringing to an unceremonious end his historic third term in power and briefly plunging the country into political uncertainty.

"I support Shehbaz Sharif after me but he will take time to contest elections so for the time being I nominate Shahid Khaqan Abbasi," Sharif said in a televised speech to his party.

The younger Sharif holds only a provincial seat, so must be elected to the national Assembly before becoming the new prime minister.

Earlier on Saturday the Election Commission of Pakistan confirmed fresh elections would be held in Nawaz Sharif's former constituency.

Abbasi is set to be rubber-stamped as placeholder in a parliamentary vote, with Sharif's ruling Pakistan Muslim League-Nawaz commanding a majority in the 342-seat house.

The Opposition could also field a candidate for the premiership, though the nominee has little chance of getting sufficient votes.

Nawaz Sharif became the 15th prime minister in Pakistan's 70-year history- roughly half of which was under military rule- to be ousted before completing a full term.

The decision sent his political Opposition into the streets handing out sweets and beating drums in celebration.

But Pakistanis were divided on whether it set the country's democratic progress back, with supporters, commentators and some corners of the country's press slamming the ruling as a "judicial coup".

The court said in its judgement that it was disqualifying Sharif for failing to disclose his monthly salary of 10,000 dirhams ($2,700) from a company owned by his son in the United Arab Emirates.

Sharif did not withdraw the salary, court documents show, but the five-member bench ruled his failure to disclose its existence meant he was not "honest"- a requirement for Pakistani politicians under the country's Constitution.

Opposition leader Imran Khan, who has spearheaded the push against Sharif, hailed the verdict as ushering in a new dawn for Pakistan.

But some observers slammed it as "political" and a "technicality", with rights campaigner and lawyer Asma Jahangir telling private Geo television late on Friday that the powerful military was using the courts to destabilise democracy.

The military had an antagonistic relationship with Sharif, who had made several overtures to improve relations with nuclear arch-rival India.

Sharif's link to the UAE company was exposed as part of an investigation into corruption allegations against his family that erupted as a result of the Panama Papers leak in 2016.

The publication of 11.5 million secret documents from Panamanian law firm Mossack Fonseca documenting the offshore dealings of many of the world's rich and powerful implicated three of Sharif's four children- daughter Maryam and sons Hasan and Hussein.

Claims about the lavish lifestyles and luxury London property portfolio of the Sharif dynasty played out for months in endless loops in the country's raucous news media.

Bribery and other forms of graft are endemic in Pakistan. The PML-N has consistently and noisily denied the accusations, insisting that the dynasty's wealth was acquired legally through Sharif family businesses in Pakistan and the Gulf.