The five new fatalities were all reported from the epicentre Hubei province, taking the death toll to 3,300 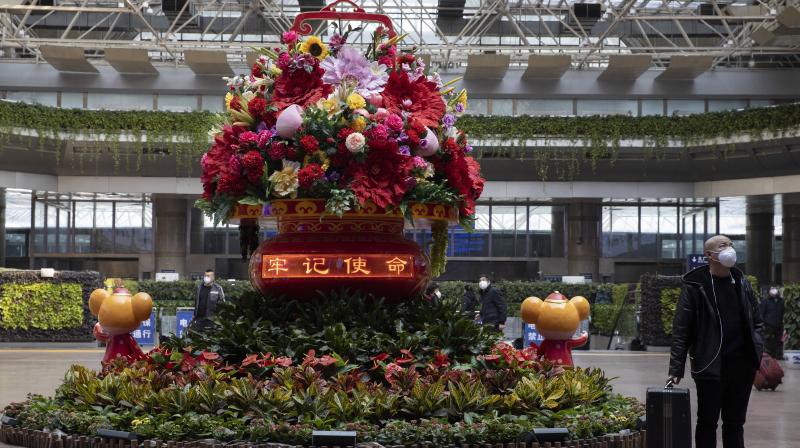 A traveller looks up near a decoration with the slon "Remember your mission" at a train station in Beijing. AP Photo

The five new fatalities were all reported from the epicentre Hubei province, taking the death toll to 3,300, it said.

With 44 new imported cases, their number has gone up to 693, the NHS said.

The condition of the 742 people in hospital is severe, the NHS said, adding that 174 people are still suspected of being infected with the virus.

By the end of Saturday, 582 confirmed cases including four deaths have been reported in Hong Kong, 37 in Macao and 283 in Taiwan including two deaths, it said.

As the coronavirus began abating in its epicentre Hubei and its capital Wuhan, China has gradually began opening up the region lifting the lockdown which was imposed on January 23.