Brunei to impose death by stoning for gay sex and adultery

The tiny sultanate will implement the harsh new penal code -- which also prescribes amputation of hand and foot for theft -- next Wed. 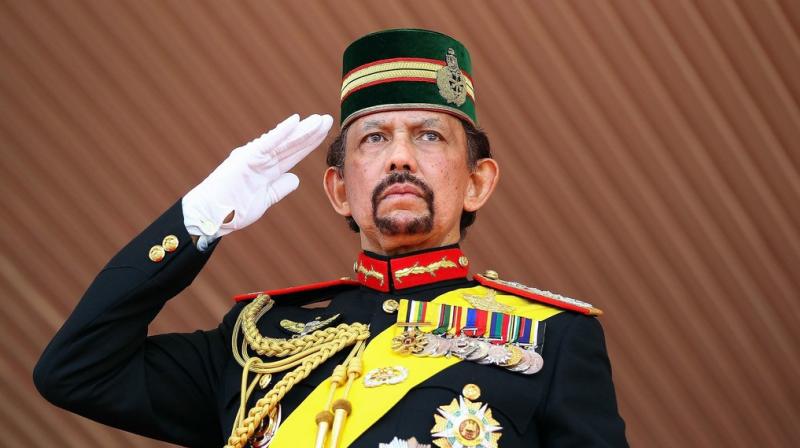 Rights groups reacted in horror Wednesday to the latest hardline move from the resource-rich nation on Borneo, which practises a stricter brand of Islam than its neighbours Malaysia and Indonesia.(Photo: AFP)

Kuala Lumpur: Adultery and gay sex in Brunei will be subject to death by stoning from next week, authorities said, under a strict Sharia law that has been on hold for four years amid heavy criticism.

Rights groups reacted in horror Wednesday to the latest hardline move from the resource-rich nation on Borneo, which practises a stricter brand of Islam than its neighbours Malaysia and Indonesia.

The tiny sultanate will implement the harsh new penal code -- which also prescribes amputation of a hand and foot for theft -- next Wednesday.

Homosexuality is already illegal in Brunei but it will now become a capital offence. The law only applies to Muslims.

The new penalty for theft is amputation of the right hand for a first offence, and the left foot for a second offence.

"To legalise such cruel and inhuman penalties is appalling of itself," Brunei researcher Rachel Chhoa-Howard said in a statement.

"Some of the potential 'offences' should not even be deemed crimes at all, including consensual sex between adults of the same gender."

Brunei first announced the measures in 2013 but implementation has been delayed as officials worked out the practical details and in the teeth of opposition by rights groups.

However, a spokesman for the Brunei religious affairs ministry Wednesday said only that Sultan Hassanal Bolkiah was expected to make an announcement on April 3 regarding the implementation of the new Sharia laws.

"Only after the event we will know regarding the date of the implementation of the new laws," he told AFP Wednesday.

"In terms of readiness, at the moment we are prepared to enforce the amputation of the hand for stealing only. That is all."

Phil Robertson of Human Rights Watch warned that implementation of the law "will quickly drive the country towards human rights pariah status in the eyes of foreign investors, tourists, and international agencies".

He added: "If this ill-considered plan goes forward, there is every reason to believe the global boycott Brunei movement will re-start."

Robertson said Brunei will become the only country in Southeast Asia to punish gay sex with death if it pushes through with the law.

Under a shift towards hardline Islamic law, Brunei in 2015 banned excessive Christmas celebrations for fear that Muslims could be led astray.

Brunei's Sultan is no stranger to controversy at home -- the monarchy was deeply embarrassed by a family feud with his brother Jefri over the latter's alleged embezzlement of USD 15 billion during his tenure as finance minister in the 1990s.

Court battles and investigations revealed salacious details of Jefri's un-Islamic jetset lifestyle, including claims of a high-priced harem of foreign women and a luxury yacht he owned called "Tits".