Scores of people were initially detained in the police raid, but most have since been released after receiving light suspended sentences. 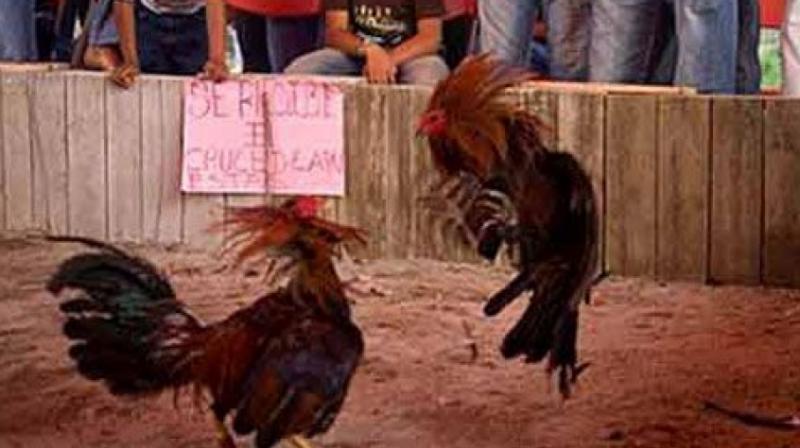 While the raids were welcomed in a country teeming with official corruption, a court order to slaughter all 92 birds set off a flurry of criticism. (Photo: File/Representational)

Phnom Penh: Cambodian police ruffled feathers on Thursday after they killed -- and ate -- 92 roosters that were seized earlier in December during a raid on an illegal cockfighting ring allegedly run by a relative of premier Hun Sen.

The birds were rounded up by police after they shuttered the two rural cockfighting dens on December 4 and arrested Hun Sen's nephew-in-law Thai Phany.

Thai Phany, a Cambodian-Australian citizen, was charged with running an illegal gambling operation -- a rare legal move against a member of Hun Sen's powerful family.

But while the raids were welcomed in a country teeming with official corruption, a court order to slaughter all 92 birds set off a flurry of criticism. Thursday as netizens cried foul over the animals being given a harsher sentence than the people involved.

Scores of people were initially detained in the police raid, but most have since been released after receiving light suspended sentences, according to local media.

"Warrant to kill chickens! Where are the chicken owners, aren't they freed?" Hing Soksan wrote on Facebook, where photos of the slaughter have been circulating.

"The court's achievement by the end of 2017: death sentence for 92 fighting cocks," another Facebook user quipped about a justice system many decry as toothless against the graft underpinning Hun Sen's authoritarian regime.

Roeun Nara, Kandal province's deputy police chief, confirmed that the birds were killed on Wednesday following a warrant from the provincial court.

"We gave the chickens to our forces to eat," he said, brushing off the online criticism.

The court document, seen by AFP on Thursday, said the slaughter was ordered "to prevent the offense from happening again and to speed up the investigation proceedings."