Chaebols were instrumental in South Korea's economic rise but have long had murky connections with political authorities. 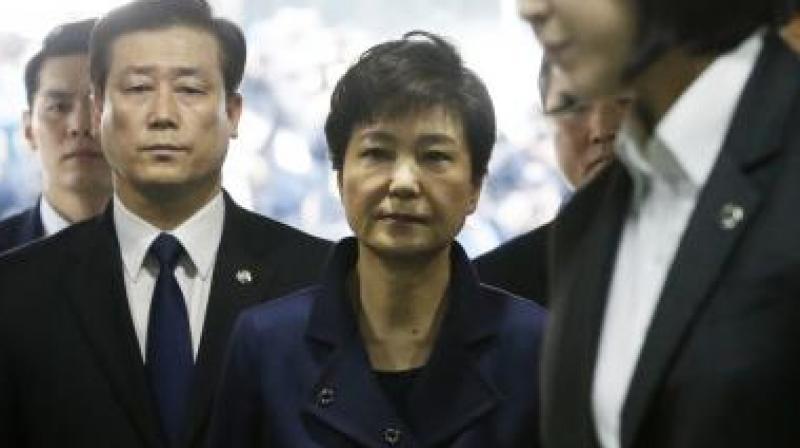 Samsung is by far the biggest of the chaebols, as the family-controlled conglomerates that dominate Asia's fourth-largest economy are known, with its revenues equivalent to around a fifth of the country's GDP. (Photo: File)

Seoul: South Korean media were divided Monday over the jailing of the heir to the Samsung empire, with some newspapers condemning the ruling and others accusing rivals of "kneeling" before the rich.

Samsung is by far the biggest of the chaebols, as the family-controlled conglomerates that dominate Asia's fourth-largest economy are known, with its revenues equivalent to around a fifth of the country's GDP.

Chaebols were instrumental in South Korea's economic rise but have long had murky connections with political authorities and are also known to wield considerable influence on the media, potentially courtesy of their giant advertising budgets.

The JoongAng Daily, a company with close family ties to the Samsung Group, raised questions over reasonable doubt, saying that "Samsung lawyers will have a good case for an appeal".

The ruling did not take into account former South Korean president Park's "repeated and aggressive" requests of Samsung, its editorial said. "No companies can resist such blunt demands from a president who has the final say in economic policy."

Samsung's lawyers said Friday that they would appeal against the verdict. The Korea Times added: "The court's ruling does leave much to be desired. We hope the high court will do better."

Some focused on the consequences of the verdict for Samsung, the world's biggest smartphone and memory chip maker, saying it will struggle for years, unable to make key business decisions with its leader in jail.

Samsung was the first company in South Korea's history to emerge as a top global firm and "It is worrisome that this could become a negative turning point" for it, said the country's top-selling Chosun Ilbo daily, which is conservative in outlook.

"The company faced retaliation if it rejected the president's request and faced punishment for bribery if it gave in," it added. But liberal papers heralded the ruling, slamming other media outlets for siding with the country's rich.

"The irrational argument against the ruling from conservative media and business papers who have shown an amicable attitude towards Lee and Samsung is worrisome," the Hankyoreh newspaper said in an editorial.

There was plenty of evidence including presidential documents and testimonies, the Hankyoreh said. Conservative outlets were "asking to become Samsung's lawyers" by claiming the ruling lacked evidence, it said, adding: "It is hoped they will no longer ask to become the press that kneeled before the chaebol."