During his visit to India, Deuba signed agreement over eight issues, out of which four are to ease the way for India to assist Nepal. 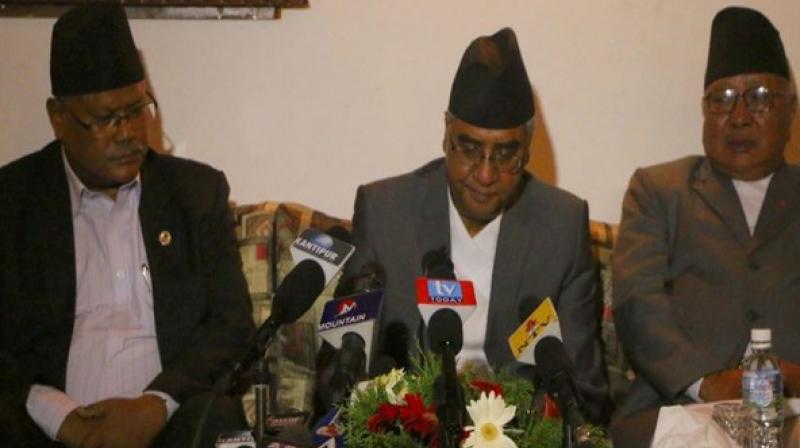 Kathmandu: Nepal Prime Minister Sher Bahadur Deuba emphasised on maintaining harmonious relations with its southern neighbour, India, for the betterment of the nation.

"Undermining the national interest, improving the Indo-Nepal relations is must. More the relations between Nepal and India improve and get strengthened, the more it gets in favour of Nepal. The establishment of harmonious relations with India is in national goodwill for Nepal," Deuba told the reporters as he returned to Kathmandu after his five-day official visit to India.

Prime Minister Deuba also discussed the engagements and agreements sealed during his visit to New Delhi.

Earlier on August 7, Foreign Minister Krishna Bahadur Mahara, in a press briefing, asserted that that Nepal stands in between two countries over border dispute which was claimed to be a setback for New Delhi.

With the prime minister's assertion to maintain harmonious relations with India, China must worry about it, he said.

Reacting on the allegations made by the Communist Party of Nepal-Unified Marxist Leninist Party (CPN-UML) to invite its southern neighbour over the internal issue of the Constitution amendment, Deuba said that their was a need of some reforms over the Constitution.

"We made an attempt to amend the Constitution in order to respect the feeling of the Madheshi people, but failed. In the coming days, it could be possible to amend as per the feeling of the Nepali people. In this talk, there also is possibility of support from the CPN-UML, there is no assurance that a two-third majority will be met," the Prime Minister said.

During his visit to India, Deuba signed agreement over eight issues, out of which four are to ease the way for India to assist Nepal for the reconstruction of various infrastructures as promised before, along with other focussing on trade, security, power and investment.

Apart from this, the Nepali Congress President as well as Deuba raised the issue of the Terai inundation caused by the dams constructed over by India as well as other issues of national interest during his brief meeting with Indian counterpart Narendra Modi.