The respected 38 North analysis group however said it was not clear whether the test, conducted at the North's Sohae satellite launch site. 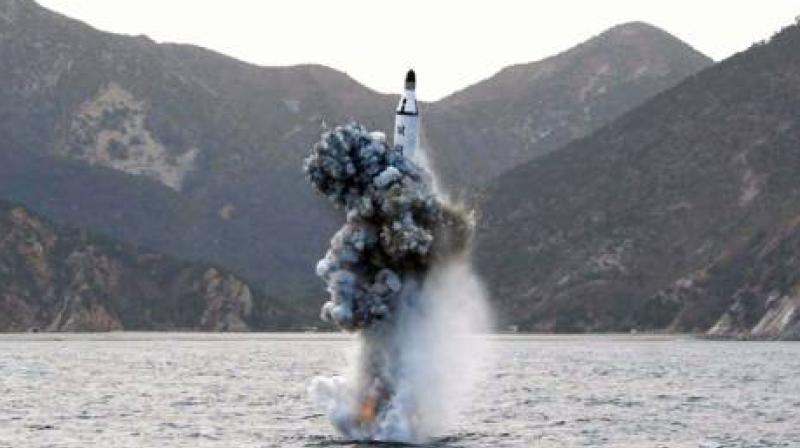 Seoul: North Korea recently tested a small rocket engine, a monitoring group said Wednesday, after a US official had reportedly suggested the test could be a step to develop an intercontinental ballistic missile.

The respected 38 North analysis group however said it was not clear whether the test, conducted at the North's Sohae satellite launch site, involved an ICBM engine. Based on satellite imagery analysis, the Washington-based group said the nuclear-armed state appeared to have conducted a "small rocket engine test" on or around June 22.

Previous satellite imagery of the site taken on June 10 showed no signs of test preparations, which showed North "possesses the technical and logistical capabilities to conduct such tests with little or no advance warning", it added.

An unnamed Washington official said, last week that the North had tested an engine that "could be for the smallest stage of an ICBM rocket".

But 38 North, which is part of Johns Hopkins University, remained cautious, saying it was "not possible" to confirm whether the latest test was for an ICBM engine using satellite imagery alone.

The impoverished, isolated North has staged two atomic tests and dozens of missile launches since the beginning of last year, raising concerns over the gradual upgrade in its disputed weapons programmes, which have seen it subjected to multiple rounds of United Nations sanctions.

The country has repeatedly boasted that it had developed an ICBM capable of carrying its nuclear warhead to the mainland of the "imperial enemy" the US.

Most analysts doubt the claim, but agree that the nation had made a significant progress in its missile capability since leader Kim Jong-Un took power in 2011 after the death of his father and longtime ruler, Kim Jong-Il.

US President Donald Trump has made halting Pyongyang's weapons programme a top foreign policy priority and on Tuesday called on threats from the North to be "dealt with rapidly."