The Election Commission of Pakistan is likely to announce the election schedule within two or three days. 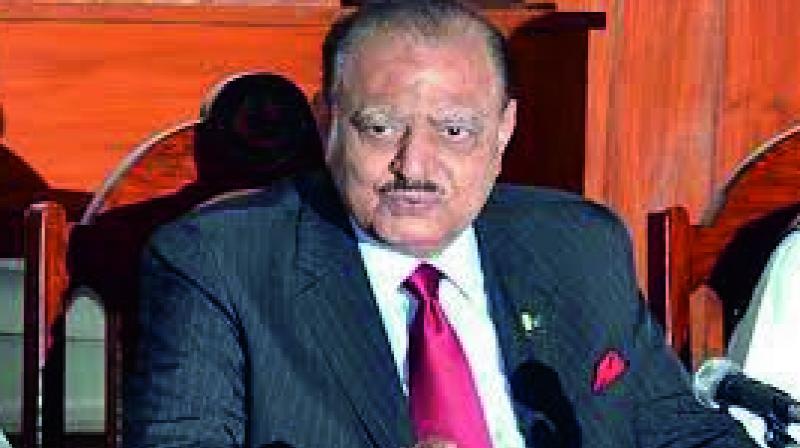 The notification said general elections 2018 on national and provincial assemblies seats will be held simultaneously. This would be only the second-ever democratic transfer of power in the country.

“The President has approved July 25 as the date for holding general elections in the country,” a spokesman from Mamnoon Hussain’s office said.

The date was also confirmed by the government of Pakistan’s Twitter account and was reported by state media outlets.

The announcement comes as the current government enters its final week in office. It is expected to hand over power to a caretaker administration in the coming days.

The Election Commission of Pakistan is likely to announce the election schedule within two or three days.

Earlier this week, the ECP had sent a summary to President proposing holding of the 2018 general elections on any date between July 25 and 27.

Under Section 57 (1) of the Elections Act, 2017, the President holds the authority to announce the date for elections in consultation with the ECP.

The five-year constitutional term of the National Assembly and the Punjab Assembly will end on May 31 while the Sindh, Khyber Pakhtunkhwa and Balochistan assemblies will complete their terms on May 28.

According to clause 224 of the Constitution, elections for the national and provincial assemblies are to be held within 60 days following the day the term of the assemblies expires.

The interim set-ups at federal and provincial level have to be put in place days within the dissolution of the assemblies as per Articles 224 and 224A of the Constitution dealing with holding of elections and its related mechanism.

Turmoil continues to rock the country after former Prime Minister Nawaz Sharif was ousted by the Supreme Court last July on corruption charges and later barred from politics for life.

Mr Sharif was the 15th Prime Minister in country’s 70-year history - roughly half of it under military rule - to be removed before completing a full term.