World   Asia  28 Jan 2020  Why the world is frightened: Half of Wuhan’s population of 11 million are migrants
World, Asia 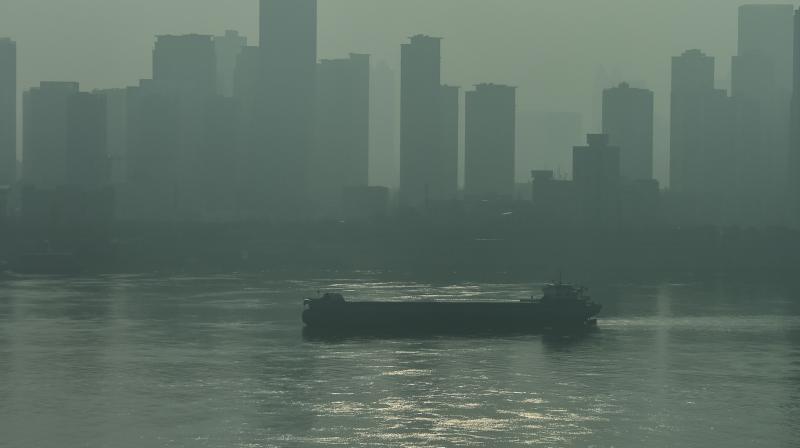 A ship sails along the Yangtze in Wuhan, China's central Hubei province on January 28, 2020, amid a deadly virus outbreak which began in the city. (AFP)

WUHAN (China): This central Chinese city of Wuhan has been locked down after being identified as the epicentre of a new SARS-like virus, which has infected 4,515 people and killed 106 in the country. Here's what you need to know about the city of 11 million people:

Wuhan is the capital city of the province of Hubei, central China's industrial heartland. It is a huge centre of industry, including iron and steel manufacturing.

According to UNESCO, half the world's long-span bridges and 60 per cent of China's high-speed railways were designed by Wuhan designers.

As a traditional industrial hub it has attracted large numbers of migrants seeking work -- according to Wuhan's mayor Zhou Xianwang, five million of the city's population are migrants.

The city is a crucial hub in the middle of China. It is an important transport interchange, with three major rail stations, ferry ports and an airport. It is also a key stop for Yangtze river cruises.

Several countries have consulates in the city, including the US and France -- both of which are working to evacuate their nationals from Wuhan due to the virus.

Around 160 Japanese companies, including in the auto and electronics industries, have offices in the city, according to the Japanese Chamber of Commerce in Wuhan.

It is also a centre for sporting and cultural events. The state Military Games were held there last October, for which China built an athletes' village to host around 10,000 participating soldiers, coaches and officials.

The city is home of tennis championships including the China Open.

The Women's Olympics football qualifiers were due to be held in Wuhan in February, before being relocated to Sydney because of the virus.

Wuhan has been making inroads into high-tech industries. In a report last year, the Milken Institute ranked it China's ninth best-performing city, up seven places from the organisation's previous annual report.

Wuhan's economy included areas from chip-making to biomedicine and had secured investments from 230 Fortune Global 500 firms, according to the study.

The output value of the automobile and parts industry in Wuhan was around 400 billion yuan ($57 billion), according to a report in the Changjiang Daily. The city was expected to produce around 1.7 million vehicles in 2018, it said.

Several foreign carmakers, including General Motors and Renault, manufacture in the city through joint ventures.

It was in Wuhan that an armed rebellion began against the ruling Qing dynasty in 1911, leading to the establishment of the Republic of China -- which ruled until the Communist Party won power in 1949 and declared the People's Republic of China.

For this reason, Wuhan natives have earned a reputation in China for being tough.