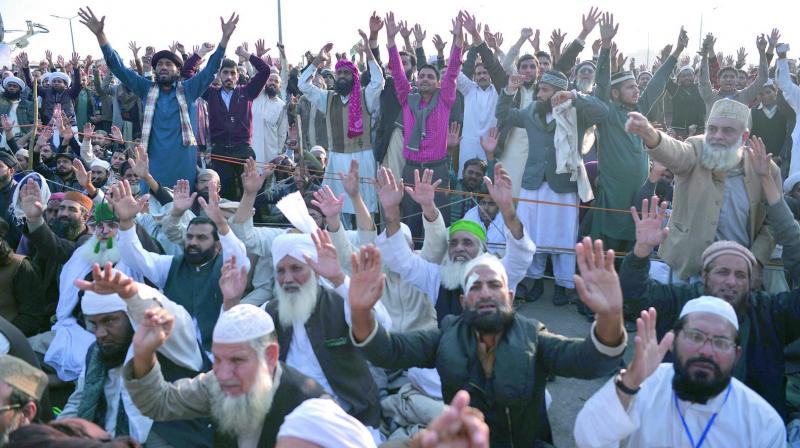 PM Abbasi and the army chief deliberated over the prevalent situation following launch of a security operation against sit-in protesters Friday night.

Recommendation of the Army Chief has come in hours after interior ministry issued a notification Saturday night regarding deployment of Pakistan army in the capital to check violence and aid to government’s efforts in having the sit-in ended.

Seven people were killed while more than 200 wounded in clashes with security forces in Islamabad. At least 400 have been held according to the latest reports while 26 First Information Reports (FIR) have been lodged in different police stations.

Interior minister Ahsan Iqbal had made it clear to the protesters that the government would not succumb to illegal demands of a group of people and that law minister Zahid Hamid would not tender his resignation.

Earlier, interior minister Ahsan Iqbal briefed the PM and the Army Chief on operation against protesters. The meeting reviewed different options to end sit-in protest in the light of Islamabad high court (IHC) order. The participants also discussed requisition of armed forces in aid of the civil power under Article 245 of the constitution.

Officials said the federal government had decided to seek religious scholars’ help to end the sit-in. The Army said that it would protect the government buildings.

Earlier on Saturday, after a midnight deadline expired, police launched an operation to clear protesters.