Najib Razak has been charged with money laundering, abuse of power and criminal breach of trust. 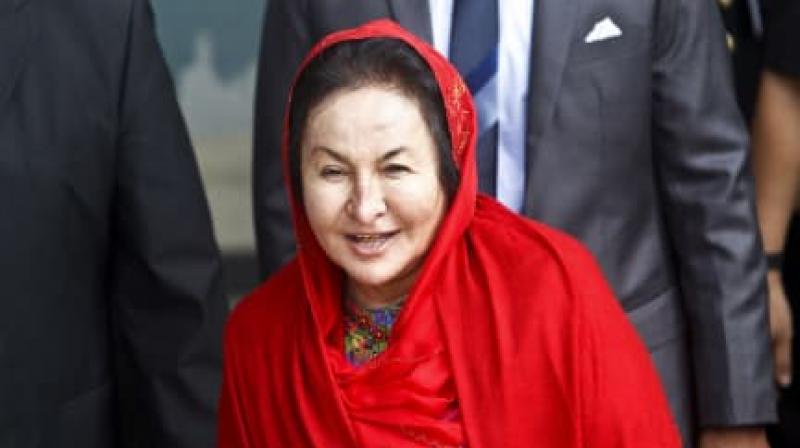 Malaysian authorities have barred Najib and Rosmah from leaving the country. (Photo: AP)

Najib Razak has been charged with money laundering, abuse of power and criminal breach of trust in the investigation into how billions of dollars went missing from 1Malaysia Development Berhad (1MDB).

Najib, who has pleaded not guilty to the charges and consistently, denied wrongdoing, lost a national election in May.

Last week, Azam Baki, the deputy commissioner of operations at Malaysian Anti-Corruption Commission (MACC), said he could not rule out charges being filed against Rosmah.

Rosmah, who was questioned for three hours in June, arrived at MACC headquarters at around 0200 GMT and left at 1445 GMT.

Her lawyer, K.Kumaraendran, told reporters she had completed giving her statement to the MACC. He declined to comment further. As she left, she said only: "I'm OK."

Malaysian authorities have barred Najib and Rosmah from leaving the country. Their home and other properties linked to them have been searched by police as part of the 1MDB investigations.

The US Department of Justice has alleged more than USD 4.5 billion was misappropriated from 1MDB and that about USD 680 million ended up in Najib's personal bank account.

The couple's world has been turned upside down since Najib's shock election defeat on May 9 to his one-time mentor Mahathir Mohamad, who swiftly reopened a probe into 1MDB.

Najib has said most of the items seized were gifts to his wife and daughter and had nothing to do with 1MDB.