Two much? Relcutant to hurt any of his girlfriends, Indonesian man marries both

Apparently, the two women get along with each other and even posed together for pictures. 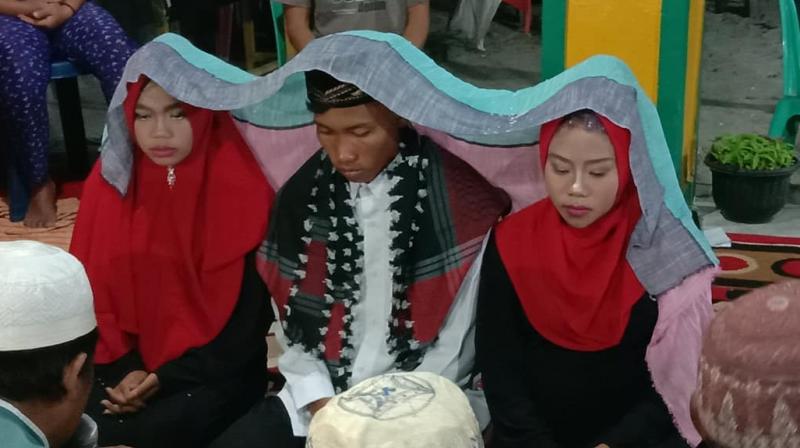 In the viral video, the groom can be seen fumbling with his vows and gets it right the second time around. (Photo: Facebook)

Jakarta: With the intent of not hurting any of his girlfriends, Indonesian man married both. In a video of the wedding, that has now gone viral, the man can be seen simultaneously marrying two women, each sitting next to him.

The man, whose name is still unknown, also paid the brides' families a handsome amount as dowry. In Indonesian tradition, the groom pays a dowry to the bride's family to ensure that the groom is capable enough to take care of his bride.

In Indonesia, polygamy is legal. A man can keep up to four wives as long as he is able to support them.

In the viral video, the groom can be seen fumbling with his vows and gets it right the second time around.

Apparently, the two women get along with each other and even posed together for pictures.

The man said that he decided to marry both as he couldn't bear the thought of having to hurt one of the girls, local media reported.