North Korea, in a muted response issued in the form of a commentary, said the US was to blame for the unfolding disaster 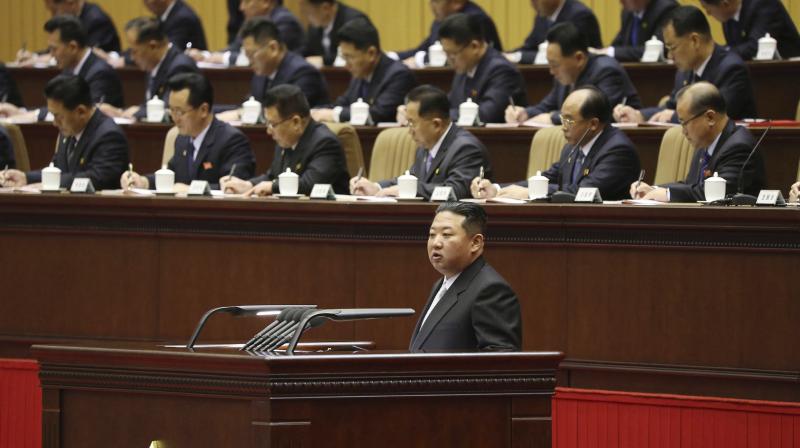 SEOUL: North Korea has accused the United States of being the "root cause of the Ukraine crisis" while defending Russia, in Pyongyang's first official response to Moscow's invasion of Ukraine.

Russia ordered troops into neighbouring Ukraine this week, prompting global outcry and punishing sanctions from the West, some directed against Russian President Vladimir Putin himself.

But North Korea, in a muted response issued in the form of a commentary posted on the Foreign Ministry's website, said the United States was to blame for the unfolding disaster.

Washington has pursued "military supremacy in disregard of the legitimate demand of Russia for its security" according to the commentary, attributed to Ri Ji Song, a researcher at the North's Society for International Politics Study.

"The root cause of the Ukrainian crisis also lies in the high-handedness and arbitrariness of the US," said the post uploaded on the North's foreign ministry website on Saturday.

Ri slammed the US for holding a "double standard" -- saying it meddled in the internal affairs of other countries in the name of "peace and stability" but "but it denounces for no good reason self-defensive measures taken by other countries to ensure their own national security."

"Gone are the days when the U.S. used to reign supreme," the post said.

The response is a "low-key" official reaction as it was published under an individual name, said Park Won-gon, a professor of North Korean Studies at Ewha Womans University.

"The conclusion is that it's all because of the US. The main point is that you will suffer if you don't have power," he told AFP.

Along with Beijing, Russia is one of the North's few international friends and has previously come to the regime's aid.

Moscow has long held the line against increasing pressure on nuclear-armed North Korea, even asking for relief from international sanctions for humanitarian reasons.

China, North Korea's most important ally, has also blamed the United States and its Western allies in recent weeks for "hyping up" the Ukraine crisis.

South Korea, a close security ally of Washington, said last week it will join international economic sanctions against Russia over its invasion of Ukraine.