No one is above law, not even Zakir Naik: Malaysia Home Minister

He said Naik's statement has caused discomfort which is why it is necessary to ensure justice. 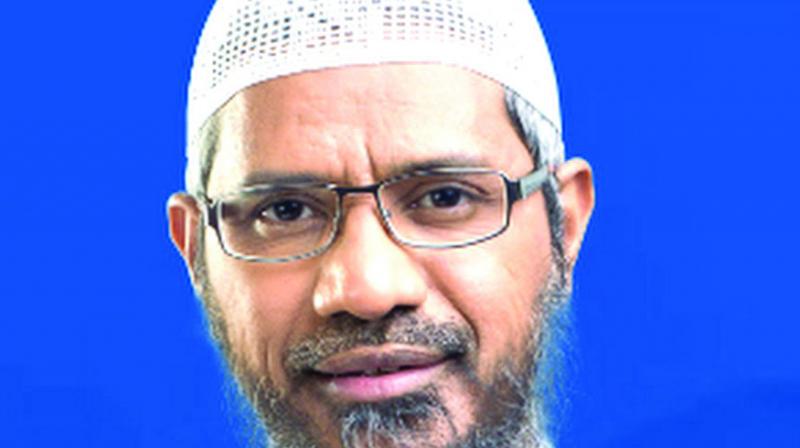 Naik, who is wanted in India, was granted permanent residency in Malaysia by the previous government. (Photo: File)

Kuala Lumpur: Days after controversial Islamic preacher Zakir Naik was banned from giving public speeches in Malaysia, home minister Tan Sri Muhyiddin Yassin on Monday said no one is above the country's law.

He said Naik's statement has caused discomfort which is why it is necessary to ensure justice, reported Malay Times.

Recently, in response to calls for his own deportation, Naik -- during a religious talk titled "Executive Talk Bersama Dr Zakir Naik" -- had asked the Malaysian Chinese to "go back" first as they were the "old guests" of the country.

"We are aware of Zakir's statements causing discomfort, hence it is important to ensure justice. No one is above the law. Certainly not citizens, much less a permanent resident, even one as respected for his knowledge as Zakir," Muhyiddin said.

Naik, who is wanted in India, was granted permanent residency in Malaysia by the previous government. He is living in the country from the last three years.
Naik is facing charges of inciting communal disharmony and committing unlawful activities in India. He is also facing probe both in India and Bangladesh in connection with the terror attack at the Holey Artisan Bakery in Dhaka on July 2016.

India had said it has made a formal request to Malaysia and will continue to pursue his extradition.

Muhyiddin added that discussion on whether Zakir should be deported or otherwise will not affect police investigations.