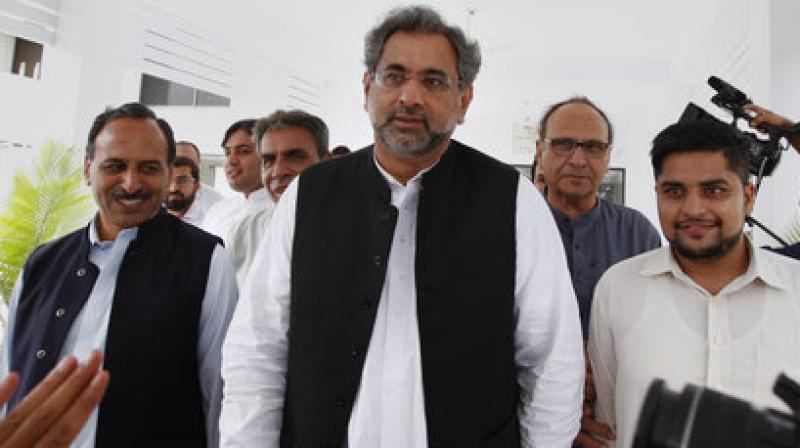 Abbasi, who assumed premiership after the Supreme Court disqualified Nawaz Sharif, had contested from NA-57 parliamentary seat in Rawalpindi, his native constituency of hill resort of Murree, and NA-53 Islamabad, where he lives, as a Pakistan Muslim League-Nawaz (PML-N) candidate. But according to the unofficial results, the former premier had lost from both the seats.

Apart from him, PML-N chief Shehbaz Sharif, who had contested from three parliamentary seats -- one each in Karachi, Swat and Lahore, lost to the Pakistan Tehreek-e-Insaf (PTI) candidates in Karachi and NA-3 seat in Swat. But he was leading from the Lahore seat.

Others who had suffered in Wednesday's elections include politicians like Maulana Fazlur Rehman, president of the Muttahida Majlis-e-Amal (MMA), who contested on two NA (National Assembly) seats from Dera Ismail Khan and Lakki Marwat in Khyber Pakhtukhwa but lost on both, according to unofficial results.

Former Punjab law minister and a close confidante of Sharif, Rana Sanaulla was defeated in Faisalabad by the PTI candidate. Faisalabad is considered to be the stronghold of the PML-N.

Another PML-N stalwart, Khawaja Saad Rafique was defeated by PTI chairman Imran Khan in Lahore, while former chief minister of Sindh, Arbab Rahim was defeated by the Pakistan Peoples Party (PPP) in Omerkot region of Sindh.

Asfandyar Wali Khan, the grandson of Khan Abdul Ghaffar Khan, lost from NA-24 Charsadda, which is his home constituency. He was defeated by Fazal Khan of PTI.

Sirajul Haq, chief of the rightwing Jamat-i-Islami, was defeated on NA-7 Lower Dir seat, considered to be the one of the safest constituency of Jamat.

Meanwhile, PPP chief Bilawal Bhutto Zardari was defeated on NA-8 Malakand seat in Khyber Pakhtunkhwa but he was winning from his home constituency of Larkana in Sindh.

Former interior minister and estranged PML-N leader Chaudary Nisar Ali Khan, who had contested on two NA seats, was losing on both the seats against PTI candidates.

The PTI chief, who had contested on five NA seats, was leading on all of them.

The Election Commission of Pakistan is still compiling the official results.