The Boeing 777 aircraft has a seating capacity of 409 including seats for staff, while it carried 416 passengers from Karachi to Madina. 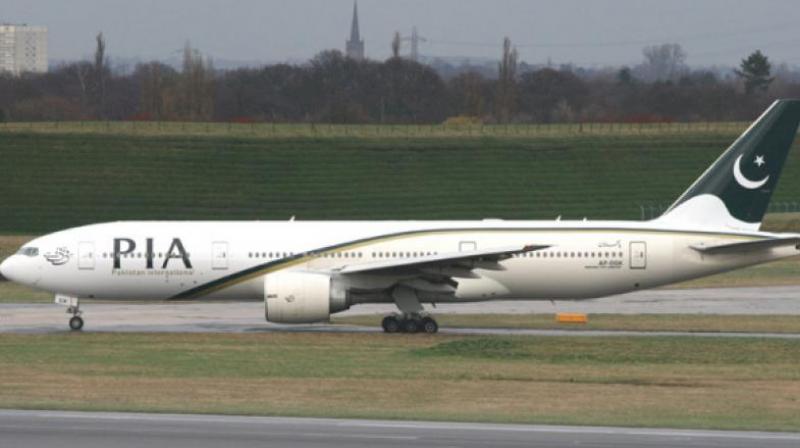 If someone was found responsible for any wrongdoing, the PIA would take stern action against them under the company rules. (Photo: Representational/AP)

Islamabad: The PIA allowed seven passengers to travel standing in the aisles all the way to Saudi Arabia last month, prompting a probe into the serious breach of security regulations by Pakistan's loss-making national carrier, according to media reports.

As many as seven passengers aboard the Boeing 777 Pakistan International Airlines flight PK-743 (Karachi-Madina) on January 20 were forced to stand throughout the over three-hour flight after the airline boarded excess passengers, Dawn newspaper reported.

The PIA management appears to have taken this lightly as no action has been taken against those responsible for the bizarre incident, the paper said.

PIA spokesperson Danyal Gilani said the matter was being investigated.

Gilani told the BBC that an internal investigation had begun "and appropriate action will be taken once responsibility is fixed".

If someone was found responsible for any wrongdoing, the PIA would take stern action against them under the company rules, he said.

The Boeing 777 aircraft has a seating capacity of 409, including jump seats for staff, while flight PK-743 carried 416 passengers from Karachi to Madina.