New air-to-air may be under development in China 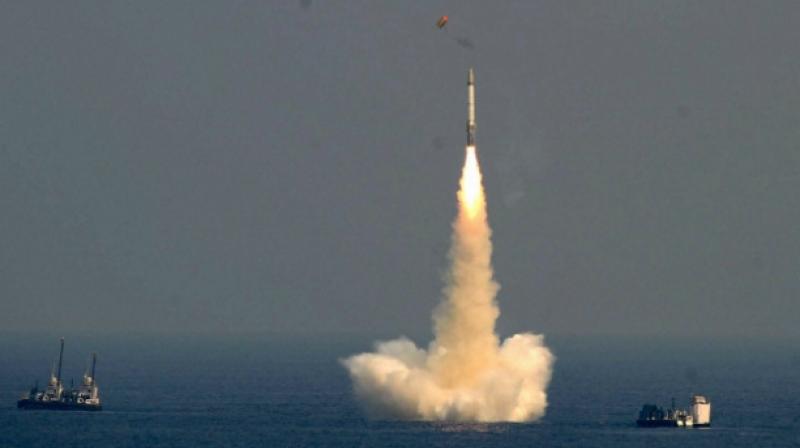 Beijing: China may be testing a new, long-range air-to-air missile that could take out early warning aircraft and aerial refuelling aircraft, a state-run newspaper said on Thursday, after pictures of the new missile surfaced online.

The official China Daily said the People's Liberation Army had recently posted pictures online of a J-11B fighter carrying a large, unidentified missile during drills in 2016.

That represents an improved capability over existing Chinese missiles, which have ranges of less than 100 km (62 miles).

"The best solution to this problem I can figure out is to send a super-manoeuvrable fighter jet with very long-range missiles to destroy those high-value targets, which are the 'eyes' of enemy jets," Fu said.

"So the successful development of this potential new missile would be a major breakthrough."

The missile may even have an actual range of 400 km (249 miles), exceeding those used by Western air forces, and dive down on targets from the stratosphere, he added.

The air force has yet to formally comment on the new missile.

Chinese state media periodically report on new weapons before there is official confirmation of their existence.

The military modernisation comes as China has rattled nerves around the region with increasingly assertive moves to bolster its sovereignty claims in the South China Sea and over Taiwan, which it regards as a breakaway province.

China's first aircraft carrier, the Liaoning, recently sailed around the self-ruled island in what China called a routine drill, but which prompted Taiwan to scramble fighter jets and navy ships.