The two countries would meet in the southwestern Chinese city of Chengdu next month to discuss the arrangements, Wu Qian said. 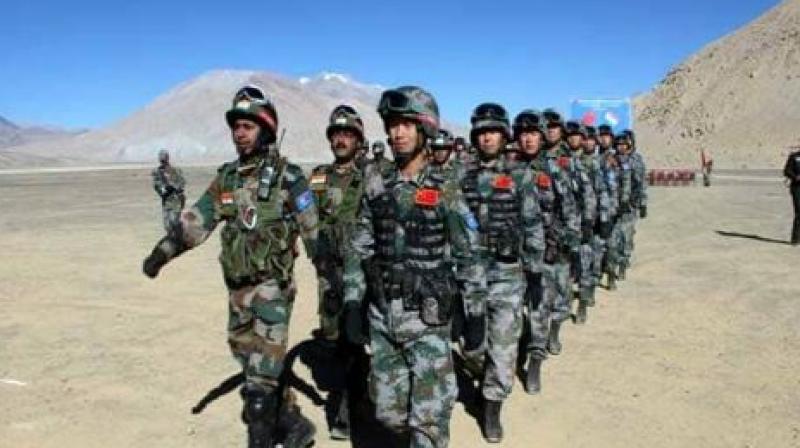 India and China fought a war in 1962 and the unresolved dispute over stretches of their 3,500 km (2,200 miles) border has clouded relations ever since. (Photo: ANI | Twitter)

Beijing/New Delhi: China and India aim to hold joint army drills in China before the end of this year, China's Defence Ministry said on Thursday, as the two countries continue a rapid rapprochement.

Relations between the Asian giants were strained last year over a 73-day military face-off in the remote, high-altitude Doklam.

But the neighbours have over recent months been working on mending ties and visiting Chinese Defence Minister Wei Fenghe met Prime Minister Narendra Modi in New Delhi in August.

Speaking at a regular monthly news briefing, Chinese Defence Ministry spokesman Wu Qian said that the joint exercise was planned for before the end of this year.

The two countries would meet in the southwestern Chinese city of Chengdu next month to discuss the arrangements, he added, without giving other details.

India and China fought a war in 1962 and the unresolved dispute over stretches of their 3,500 km (2,200 miles) border has clouded relations ever since.

But the two big Asian economies share similar positions on a host of issues including concern about US tariffs and Chinese President Xi Jinping and PM Modi agreed in April to improve relations.