Russia said it would supply the Syrian army with an S-300 air defence system and would jam radars of hostile warplanes. 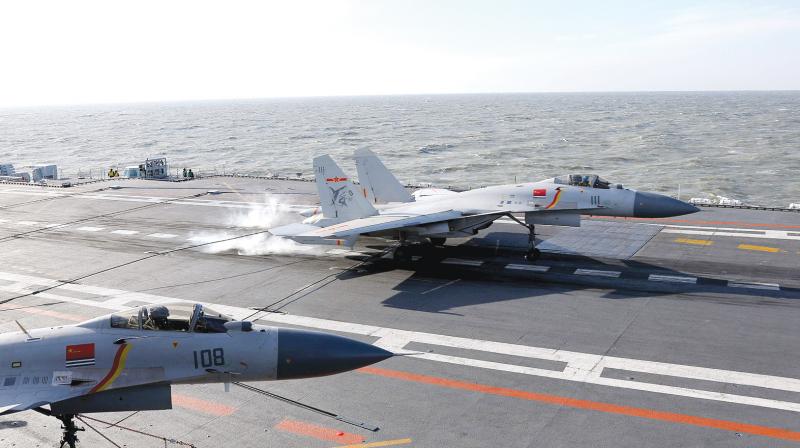 Moscow: Moscow on Monday announced new security measures to protect its military in Syria as the Kremlin squabbled with Israel over who was to blame for the downing of a in the country last week.

Russia said it would supply the Syrian army with an S-300 air defence system and would jam radars of hostile warplanes.

It was the deadliest friendly fire incident between Syria and its key backer Russia since Moscow's game-changing military intervention on the side of President Bashar al-Assad in 2015.

He pinned the blame on the Israeli military.

Netanyahu retorted that he was confident of his own account -- that Syrian forces were to blame.

Russian Defence Minister Sergei Shoigu said the accident "has pushed us to adopt adequate response measures directed at boosting the security of Russian troops" in Syria.

Russia will "transfer the modern S-300 air defence system to the Syrian armed forces within two weeks," Shoigu said in a televised statement.

The Kremlin said Putin and Assad discussed the additional measures and delivery of the S-300 system on the phone on Monday.

Putin had taken a more conciliatory tone last week when he described the downing as the result of "tragic accidental circumstances".

But the Kremlin said "the information provided by the Israeli military... runs counter to conclusions of the Russian defence ministry," in a statement released on Monday after the phone call between Putin and Netanyahu.

"The actions by the Israeli air force were the main reason for the tragedy," it added.

Under the new measures, "in regions near Syria over the Mediterranean Sea, there will be radio-electronic suppression of satellite navigation, on-board radar systems and communication systems of military aviation attacking objects on Syrian territory," Shoigu said.

The Russian military has said that Israel's air force informed its command in Syria via an established hotline, but only one minute before the air strikes -- and gave the wrong target location.

Responding to Putin's claims on Monday, Netanyahu warned him against delivering an air defence system to Syria.

"Prime Minister Netanyahu said that transferring advanced weapons systems into irresponsible hands will increase the dangers in the region," Netanyahu's spokesman Ofir Gendelman said on Twitter after the call between the leaders.

Netanyahu "added that Israel will continue to defend its security and its interests", Gendelman wrote.

An Israeli official said the Russian plane was shot down because Syrian batteries had "fired recklessly, irresponsibly and unprofessionally, long after our planes were no longer there".

He said the warning time before the strike was "much longer than one minute".

"According to information of our military experts, the reason (behind the downing) was premeditated actions by Israeli pilots which certainly cannot but harm our relations," Peskov told journalists.

He insisted the new security measures "are not directed against third countries, but towards defending our own military".

Military analyst Vladimir Sotnikov said that despite the new security measures Moscow would want to avoid a direct military clash with Israel, a key US ally.

"I don't think that the decision to send an S-300 to Syria would significantly worsen ties with Israel," he said.