He made the remarks during a visit to the Army formation headquarters in Gilgit, The Express Tribune reported. 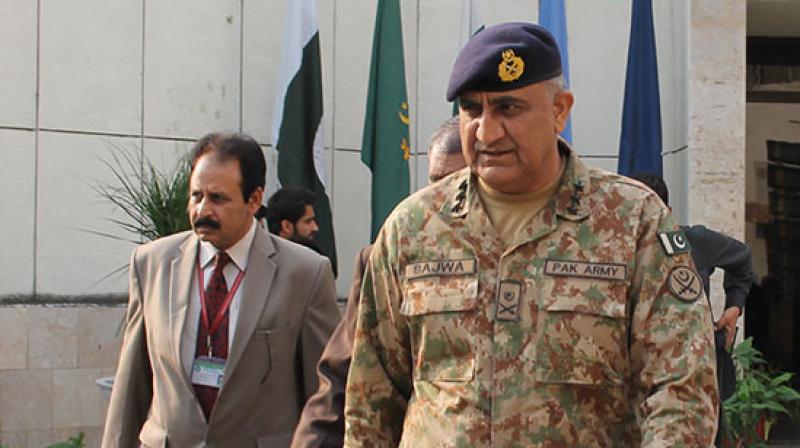 Islamabad: In the wake of recent developments in the region, Pakistan Chief of Army Staff (COAS), General Qamar Javed Bajwa, on Saturday said the military was fully aware and prepared to thwart any "misadventure" or "aggression" from India.

He made the remarks during a visit to the Army formation headquarters in Gilgit, The Express Tribune reported.

"We are alive to threat from eastern border linked to the ongoing situation in Jammu and Kashmir," the Pakistani Army Chief was quoted as saying while also appreciating the state of readiness and morale of his troops.

On August 19, General Bajwa was given a three-year extension in view of the "regional security environment".

His comments come in the wake of India's decision to abrogate Article 370 which gave special status to the state of Jammu Kashmir and its bifurcation into two Union Territories. Pakistan's subsequent efforts to internationalise the issue has not garnered much success.

Pakistan has also downgraded its ties with India. However, the Indian Ministry of External Affairs rejected Pakistan's unilateral move to downgrade diplomatic ties while terming steps taken in Jammu-Kashmir as an "entirely internal affair."

"The intention behind these (Pakistan's) measures is obviously to present an alarming picture to the world of our bilateral ties. The reasons cited by Pakistan are not supported by facts on the ground," MEA said in a statement on August 8.